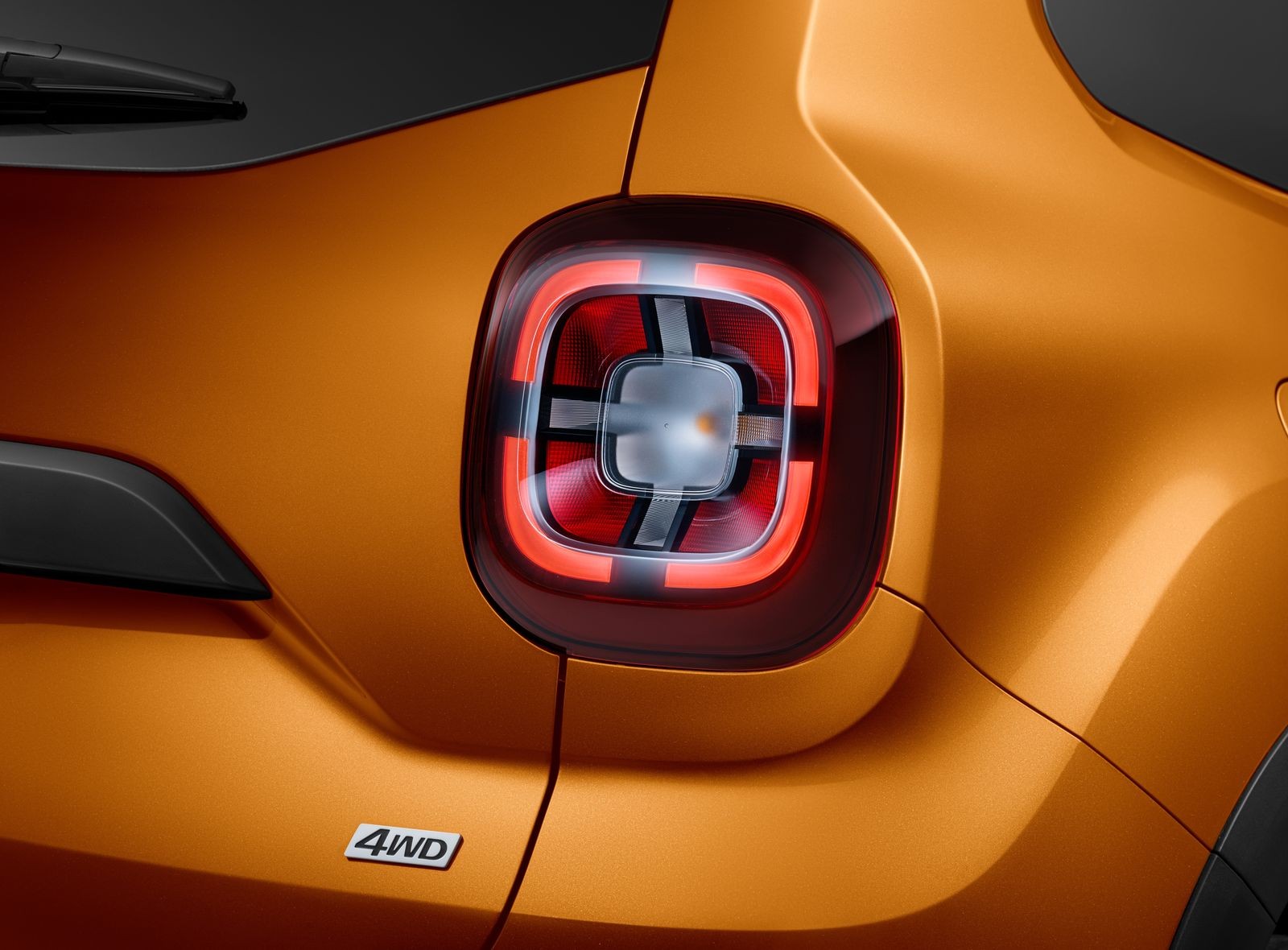 We can only guess about the reasons for this delay, but undoubtedly the last stage was affected by the pandemic, the general lockdown and the closure of borders. As a result, it became impossible neither to invite foreign specialists to carry out some or other work, nor to send engineers of Renault Russia abroad to carry out these works on the facilities of European technical centers.

Nevertheless, we can summarize with satisfaction: a huge amount of work has been completed and the Moscow plant of Renault Russia begins serial production of the second generation of the crossover, which became a bestseller and set the standards in its segment.

The developers of external design from Renault Technocentre and Renault Technologie Roumanie had a specific task: the image of the new car should be as similar to the old, that is, the car should be perceived as Duster. On this basis, the designers kept the form factor and the basic proportions. However, the car has definitely become more modern: although the headlights has remained halogen, but got LED daytime running lights, appeared LED-elements in the rear lights.

The company emphasizes that the platform has undergone serious changes, and even talk about “a new generation of modular SUV-platform”, the same on which the Arkana is built. The platform did get a new front module with electric power steering instead of CPS, and the wheelbase has grown (though only by 3 mm, and only in the case of all-wheel drive versions). The all-wheel drive system, braking system and suspension architecture are the same. And in any case, if you compare the platforms of the new and old Duster, more than half of the details are new here.

And the body of the new Duster, according to the brand representatives, despite all external similarity with the old one, was updated by 100%, including the power structure, and external panels. This is confirmed by the increased angle of the front pillars and slightly changed ratio of the window height to the sidewall height.

The designers tried to save all the advantages of the first generation, first of all, related to passability. Therefore the car has kept very high (for a class) ground clearance equal to 210 mm, excellent indicators of geometric cross-country ability (entrance angle – 31 degrees, exit angle – 33 degrees). In addition, all Russian-made cars have steel protection of the engine and fuel lines. And a number of small improvements. For example, the bottom bumper pad on the first generation Duster was made of painted black plastic, and now it is painted in mass, so the owners can not be afraid of scratches, obtained by contact with the ground: even a deep scratch can be straightened by simply heating a detail with a hair dryer.

“Our” new Duster fundamentally differs from “not our” with a line of available engines. Old Duster had the following range of engines and transmissions: 1.6 2WD MCAP5, 1.6 4WD MCAP6 (with the first short), 2.0 4WD MCAP6 (with the first short), 2.0 4WD ACP4 plus 1.5d 4WD MCAP6. In Europe, the bet is on 1.0-liter and 1.2-liter turbo engines, as well as a 1.5-liter diesel. The specifics of the Russian market have made serious adjustments to this lineup.

There is also a new 1.3-liter turbo TCe-150 (aka H5H) rated at 150 hp, which is able to deliver 250 Nm of torque. This is the same engine used in the Arkana and Kaptur models, where it works exclusively with CVT, both with front- and all-wheel drive. In the case of the Duster there will be no front-wheel drive with this motor, there is only a version with CVT and all-wheel drive.

Especially for the Duster model variator Jatco JF016E has a special setting: if the full drive system will be in LOCK mode, the torque converter variator will not be blocked until speeds of 45 km / h. Here it is worth recalling that in the case of the Arkana, and in the case of the Kaptur torque converter is blocked at a speed of 12 km / h. The changes were made in order the car was not afraid of driving in difficult conditions, and it was possible to crawl with slippage as much as you want. In addition, the Duster will be the first model in the Renault range, which this motor appears with manual transmission, that is a version of TCe-150 4WD MCP6 (with a short first gear).

And finally, a couple of unexpected surprises! When discussing the prospects of appearance in Russia of the second generation of Duster, most experts expressed confidence that the two-liter atmospheric engine F4R will disappear into oblivion along with 4-speed automatic DP8. But the two-liter engine remains in the lineup, but only with a six-speed manual. It is made due to requests of the army of fans of the 2-liter atm that they could update their car, but still keep the old and familiar motor. Those who want to go forward and get more traction with significantly lower fuel consumption can choose a turbo engine. Complete sets will be exactly the same. But the version with two-liter motor and automatic leaves, and from the variants with two pedals in the lineup of Duster will be only a version with a CVT and turbo engine.

In addition, the K9K diesel remains in the lineup, the prospects of which looked a bit dubious. However, the last three years the sales share of Duster with this engine is increasing and has reached 20%, so the company decided not to remove the diesel engine. It will be paired with the same six-speed manual, because, according to Renault engineers, the combination of diesel and CVT does not work. And in any case, the bet is on all-wheel drive versions, which accounted for 91% of first-generation Duster sales. Just as importantly, all gasoline engines in the Duster lineup, including the TCe-150 turbo, are adapted to run on 92 gasoline.

And of course, the most radical changes were made to the interior of the car. Many of its elements are taken from the Arkana: steering wheel, dashboard, EasyLink media system with an 8-inch touchscreen, and climate control. The steering column got adjustable not only by angle, but also by pitch; adjustable lumbar support, cushion’s length increased by 20 mm, and the range of vertical movement of the driver’s seat grew from 40 to 60 mm. There is an adjustable armrest box and the quality of finishing materials was improved. This, of course, did not turn Duster into Bentayga or Cayenne, but, undoubtedly, brought the comfort in the cabin to a new level. And here it is possible to find a lot of principal differences from the European model. For example, Duster for Europe is not equipped with heated windshield, steering wheel and back row of seats.

In preparation for the launch of the new car Renault Russia paid the most serious attention to safety issues. In addition to the standard certification crash tests (frontal impact at 56 km/h with 50% overlap and side impact with crumple barrier), in Renault conducted a test methodology ODB65/ARCAP, where the test is conducted with 40% overlap, more loaded and more critical for the car, and at 65 km/h. The test was deliberately conducted on the most vulnerable variant of the car, with the heaviest and most voluminous combination of engine and box, occupying a large volume in the underhood space. In the event of an impact, this combination is capable of maximum displacement and impact on the structure. The test results showed that neither the driver nor the passenger would be seriously injured in such an impact, and a check of the power frame revealed no damage to the A-pillar or sills. It is worth to take into account, that systems of frontal impact scoring in ODB65/ARCAP and EuroNCAP series are identical, however the final rating in stars at these series are different: according to ODB65 method, stars are not awarded, in ARCAP rating only frontal impact result is considered, and in EuroNCAP rating – both frontal impact and other tests and criteria. So it is difficult to compare directly the indicators of ratings received by domestic and European system. But the new Renault Duster is the car produced in Russia, and ARCAP is the only in Russia independent series of crash-tests. Therefore four stars, earned according to this methodology, confirm a high level of safety of the car.

In general, in preparation for the launch of the new Renault Duster, a lot of work has been done. For example, more than 25 weeks were devoted to the study of noise and vibration, eliminating problems and improving acoustic comfort. I, for example, did not know that the Russian experts in the field of noise and vibration are considered as one of the best in the world, and these experts advise all units of Renault Group and the alliance in other countries.

Even more attention was paid to endurance and reliability. The test program included 20 vehicles, each driven between 20,000 and 50,000 kilometers in a variety of conditions. These field tests were complemented by bench tests which allowed “aging” the body relatively quickly and making sure that no critical changes occurred in its structure. The scheme of these tests is as follows: first the car with the equipment recording all movements of the suspension and all influences on the body is sent along some typical route – say, along the road, which the car owner may go fishing. Further this record is transformed into a program of the stand, and simulation of driving on this road is repeated many times, as if during 10 years of intensive car usage. As a result, weak spots, torn off welding points or cracked brackets are revealed. All shortcomings are eliminated, changes are made in the design, and the cycle repeats.

For example, a car has an absorber, a gasoline vapor trap. It is a rather large part, which is mounted on a bracket. By the end of tests, which is equivalent to the eighth year of operation, a small crack appeared on it. The designers had to change the shape and increase the thickness of this part to avoid this kind of problem in the future.

How much will it cost?

The actual sales of the new Renault Duster should start in the very near future. Already at the end of February the recommended prices and available kitting will be announced, and sales will begin with online orders. Commercial Director of Renault Russia Philip Thier is confident in the brightest market future of novelties and absolutely not afraid of “cannibalization” or internal competition with other models of Renault SUV segment. According to him, each of the three models (Duster, Kaptur and Arkana) are focused on its own and quite unique audience. This is confirmed by a number of facts: for example, 91% of Duster sales accounted for 4×4 versions, and in the case of Kaptur all-wheel drive versions chosen by no more than 20% of buyers. Moreover, 85% of Duster buyers preferred cars with manual transmission, while the share of Kaptur buyers with automatic transmission was 75%. The company believes that these proportions will remain in the case of the new Duster.

The company hopes that the car will remain one of the leaders in the segment, and it will be bought not only by individuals, but also by corporate clients. Deliveries to the CIS countries, especially to Kazakhstan and Belarus, which will start in the second quarter of this year, should contribute to this. The car should maintain its popularity and to some extent repeat the success of the first generation, mainly due to a unique range of available options for the segment. A very high level of localization, the same as with the first generation Duster, should also contribute to this. It remains to wait for the official announcement of prices and packages…