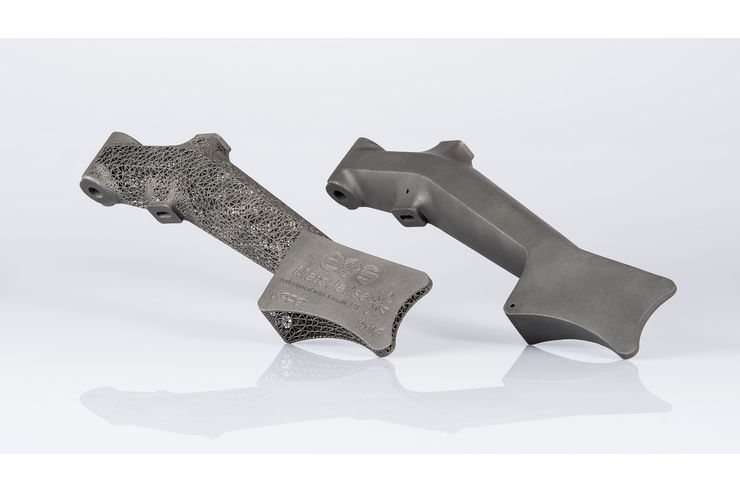 EOS specializes in the development of 3D printing processes. Now the Bavarian company is presenting an ultra-light sample brake pedal. And the printing process is said to offer many more advantages.

Taking weight out of a vehicle brings many benefits: Among other things, performance increases, and energy consumption also decreases. That’s why reducing weight is not only important for racing cars. The possibility of also producing components using 3D printing offers engineers completely new possibilities when it comes to lightweight designs. The company EOS (EOS Electro Optical Systems) from Krailling near Munich specializes in industrial printing of metals and plastics. Now the Bavarians are presenting a brake pedal inside which a lightweight grid structure provides stability instead of solid material.

The lattice structure is clearly visible in the printed lightweight brake pedal from EOS.

The original brake pedal was made of aluminum and weighed 190 grams. EOS printed its lattice structure variant with an EOS M 290 printer from a titanium powder (EOS Titanium Ti64). This makes the component 22 grams lighter, which still represents a weight saving of 11.6 percent. According to EOS, the lighter component is even more resilient than its aluminum predecessor. 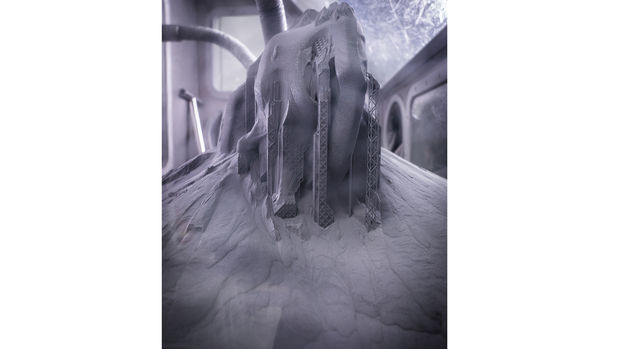 The pedal now presented is only an intermediate step for EOS – the developers are working on methods to be able to print even significantly lighter pedals. EOS does not want to manufacture and supply pedals or other components, but rather customers should buy the manufacturing technology. 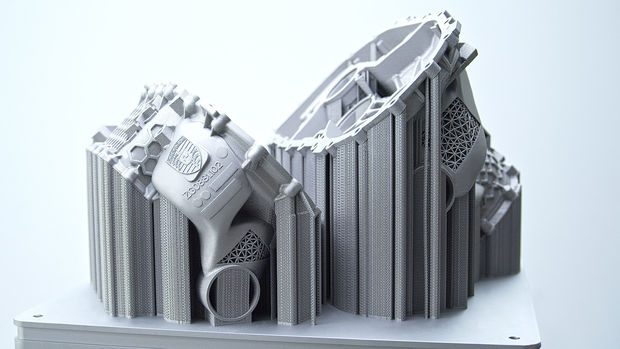 EOS is convinced that 3D printing is also suitable for large-scale production. Originally, this process was used primarily to create prototypes that were either far too time-consuming or too expensive to produce using traditional manufacturing methods. In the meantime, 3D printing has long since arrived in small-scale production – even car manufacturers are already using it. BMW, for example, has printed the brake calipers of its BMW Individual M850i xDrive Coupé Night Sky customization model, Bugatti is printing giant brake calipers made of titanium, and Porsche is producing housings for electric drives and bucket seats using this process. The step to large-scale production is likely to be only a small one.

I’m quite sure about that with industry and its permanent pressure to optimize costs.

No, I simply can’t imagine that happening at the moment from a technical point of view.

3D printing is increasingly being used as a manufacturing process. It enables designs that are very difficult or impossible to produce using conventional methods. In addition, 3D printing does not require custom mechanical tooling, is worthwhile even for small quantities down to single copies, and components can come out of the printer in one piece that previously consisted of several individual parts.

The brake pedal from EOS shows that 3D printing, when used in the automotive industry, can result in components that are lighter in weight with the same or even better strength. The internal lattice structure is already vaguely reminiscent of mature structures found in nature, such as bone structure. And especially as electric cars with their still heavy batteries continue to be introduced, lightweight construction plays an important role.