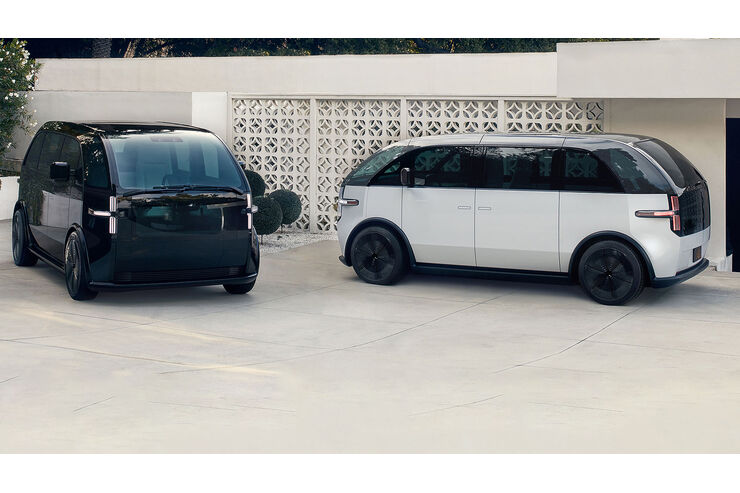 Canoo wants to build pretty electric vans and transporters. But there’s currently massive turbulence in its management and finances.

Such investigations seem to be part of the norm for e-car startups; after all, the SEC is also investigating events at Lordstown Motors and Nikola in parallel. So far, neither Aquila nor the US Securities and Exchange Commission itself have commented on the background. But the investigations seem to be related to the IPO that took place last summer. In a deal worth a total of 2.4 billion dollars (almost two billion euros), Canoo merged with Hennessy Capital Acquisition Corporation and secured fresh capital in the process.

This futuristically styled electric van is to be Canoo’s first production model.

The Californians had already been in a lot of turmoil before and apparently recently underwent a radical change in strategy, as reported by the tech portal The Verge. This mainly concerns the deal with Hyundai that was announced last year – apparently Canoo no longer wants to sell its technologies to other manufacturers.

“The Verge” reports a disturbing conference call between Canoo and its investors. The conference call was Canoo’s first as a publicly traded company. It was surprisingly led by Aqulia, while previous CEO and co-founder Ulrich Kranz did not participate. Kranz then officially resigned from his position on April 30. Shortly before that, Canoo had announced that CFO Paul Balciunas had moved to another company. A few weeks earlier, the head of corporate strategy had already left Canoo. 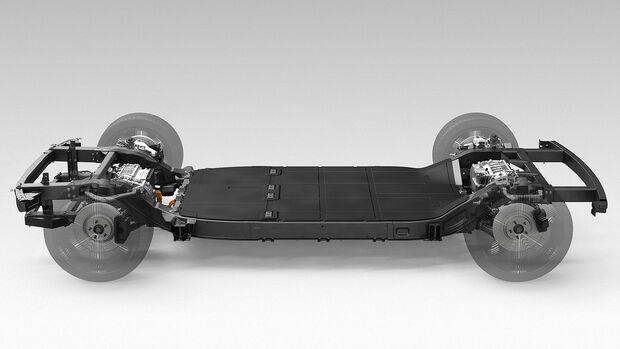 No more talk of the “key partnership”

The background of the personnel rochades remains unclear, but could be related to a change in strategy at Canoo. In February 2020, Canoo had announced what it called a “key partnership.” Hyundai and Kia were to be able to use the so-called skateboard platform developed by Canoo. Nothing seems to come of this now. Aquila, meanwhile, apparently places less emphasis on selling Canoo’s technology. In a new presentation quietly uploaded to its investor relations website, Hyundai no longer appears as a partner. Analysts believe there are disagreements between Hyundai and Canoo over the use of Canoo’s intellectual property. Tony Aquila first wants to finish developing the three Canoo models so far, and then see what cooperation could result.

Hyundai is positioning itself as broadly as possible in terms of its future electric car activities. In May of last year, the Koreans announced an €80 million collaboration with Croatian startup Rimac Automobili (read more about the background here). Then in mid-January 2020, there was the announcement of investing 100 million euros in a collaboration with the British company Arrival (read more here). Then in February 2020, the third such news: Hyundai teamed up with Californian startup Canoo. 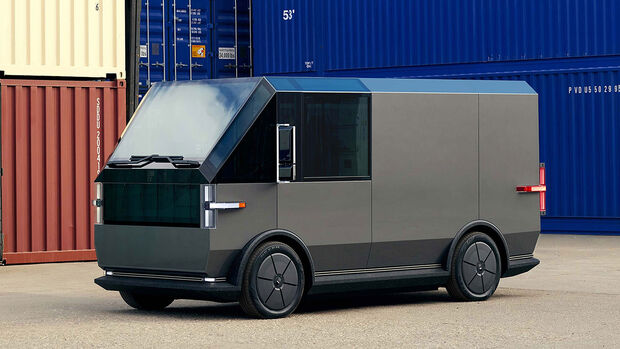 Canoo’s main goal is to capture the market for electric-powered commercial vehicles.

The intention behind the engagements was comparable in each case: As with Arrival, the Koreans also wanted to work with Canoo to develop platforms for future all-electric vehicles from the Hyundai and Kia brands. These were to be so-called skateboard platforms. In other words, scalable electric chassis that already contain all the relevant drive components and can be combined with a wide variety of bodies and superstructures.

Hyundai should benefit from the cooperation in the form of standardized and therefore simpler and more cost-effective development processes. Production was also to be simplified in this way, enabling the Koreans to respond more quickly to changing market requirements and customer wishes. The company wanted to build all kinds of e-cars based on the Canoo platform, from small, mass-market electric cars competing in the L6/L7 vehicle classes to custom-built models. In addition, the skateboard should offer the prerequisites for autonomous driving functions. The planned microcar was to be designed as a micromobile purely for urban traffic and compete against rivals such as the Citroën Ami One. A rental model was also conceivable. 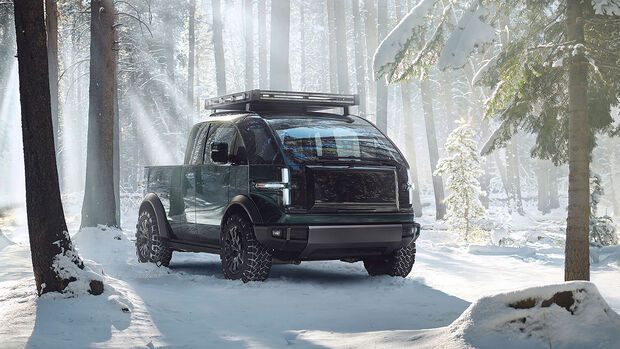 A pickup trimmed for maximum practicality is also to be part of the portfolio.

Canoo was founded by BMW managers

It is not known how much money the cooperation has cost Hyundai so far. However, the group is underlining its commitment to invest $87 billion (just under 80 billion euros) in future technologies over the next five years, it said in February 2020.

Canoo had announced in April 2019 that it wanted to raise $200 million (about 183 million euros) in fresh capital. At the time, it said contracts with suppliers and vendors were close to being finalized. In late summer, the startup unveiled its first model: An electrically powered van, which, however, cannot be bought but only rented on a monthly basis and is scheduled to be launched in 2021 (read more in this article). At the time, Canoo was backed by former BMW manager Ulrich Kranz as CEO. His predecessor Stefan Krause, also an ex-BMW manager, had previously left the company. Ex-Opel CEO Karl-Thomas Neumann was also on board for a time.

Yes. It makes sense to spread the development load as widely as possible.

No. It would make more sense to bundle as many competencies as possible in-house.

At first, it looked as if Canoo wanted to build its own electric vehicles, but above all earn money by selling technology. The start-up now seems to be radically moving away from this strategy: Keeping the development expertise in-house and selling or leasing fully developed vehicles is now the motto. In this way, Canoo is doing what many established automakers are also doing: bundling as much electric drive expertise as possible in-house.

In the case of the now apparently defunct cooperation between Hyundai and Canoo, observers also assume that there were disagreements between the partners about the use of Canoo’s intellectual property. And as far as finances are concerned, the U.S. Securities and Exchange Commission (SEC) must now clarify whether everything is above board.