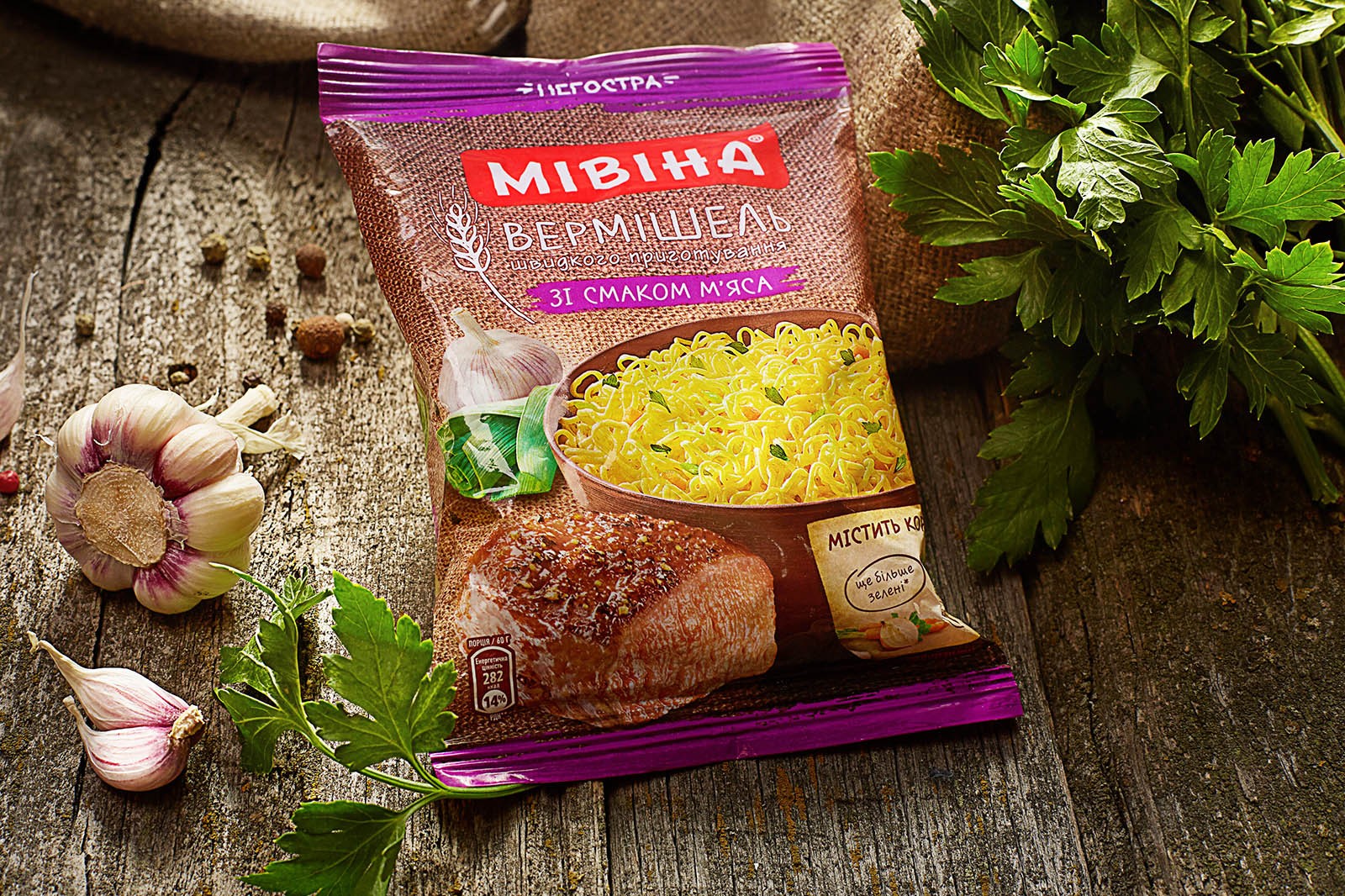 1968, Vietnam, Hanoi. The war is still raging, life in the country is extremely hard. In this year, in the family of a serviceman and a tea seller, a boy was born – the future first billionaire of Vietnam and one of the richest people in the world. But at that time, in the late 60’s and 70’s, no one knew about it yet.

Pham Nhat Vuong – that was the boy’s name – was very fond of mathematics. Some at school thought he was a prodigy, but that didn’t make life any easier. When the war ended, Pham Nhat Vuong was only seven years old. His father didn’t earn any money, and his mother had to support the family. There is no exact information about her work. Most sources refer to her as a street tea saleswoman, but that is probably not entirely true, and those who say she had her own tea shop are right (Forbes magazine in 2013 in an article about Pham Nhat Vyong called her a tea shop manager). Otherwise, it would be hard to explain how she was able not only to feed her family, but also to get her son into a geological institute after graduation.

Here again he distinguished himself in mathematics and received a scholarship to study at the Moscow Geological Exploration Institute (now called the Russian State Geological Exploration University) in the Economics Department. Of course, Pham Nhat Vuong left poor Vietnam for the then quite friendly country with high hopes.

In 1993, the year he graduated from university, the friendly country was no longer not only friendly, but also a country – in a good sense of the word. Staying in Russia at the time was not very interesting, but I did not want to go back to Vietnam either: it was no better there. After some consideration, Pham Nhat Vuong left for Ukraine. There is no data available as to why he chose Ukraine. But as time has shown, the choice was a good one.

Either Pham Nhat Vuong remembered his mother’s tea shop or something else, but he came up with a very profitable business: he opened a Vietnamese restaurant called Thang Long Vietnam. The prices here were very low, so the place was a success. But in a poor country you could think of something even more affordable.

Production of “Technocom” so fond of Ukrainians, that the word “mivina” began to call all the noodles instant. That is, Pham Nhat Vuong has made something like our “Doshirak”. It was already a success, but he didn’t want to stop there.

I will not dwell on how Pham Nhat Vuong returned to Vietnam in 2001 and decided to make it a country that tourists would want to visit and that the Vietnamese themselves would be proud of. The businessman created a whole group of companies called Vingroup, which began with construction, and then became involved in trade, electronics, hotel business. Pham Nhat Vuong built the largest hotels in Vietnam, a network of schools and hospitals, a local amusement park a la Disneyland… And he sold his first company “Technocom” to Nestle for 150 million dollars back in 2010.

Well, what does this have to do with cars? The fact is that one of the companies in the Vingroup empire is VinFast, the first independent automaker in Vietnam.

The company was founded in 2017, when Pham Nhat Vuong could already afford a lot of things. Including buying licenses and hiring world-class specialists.

There are different opinions about the origin of the name VinFast. Someone says simply that it is an abbreviation of Vietnamese words. Vin in English means “fast” (an obvious reference to the car theme) and the word Vin is in the names of all companies in Pham Nhat Vong and means Vietnam. However, it is actually a little more complicated than that. Vin is really Việt Nam (Vietnam). The word Fast, on the other hand, is an abbreviation, and it deciphers as follows: Phong cách (style, the Ph combination is pronounced F), An toàn (safety), Sáng tạo (creativity) and Tiên phong (pioneer). Not without pathos, of course, but this uncle can afford it.

The Lux A2.0 sedan and Lux SA2.0 crossover were the company’s debut cars shown at the Paris Auto Show in 2018. But they didn’t go into production until the fall of 2019. But in June of that year, customers began to receive other cars, which were the first production VinFast products. That car was called the VinFast Fadil. And if you look at it closely, you can guess that this car is only partly Vietnamese, because it is an Opel Karl Rocks. Why Opel?

There used to be a General Motors factory in Hanoi. Chevrolet Aveo, Captiva, Cruze, Orlando and Spark were assembled there. But in 2018, VinFast bought the plant, which allowed it to quickly set up production of the Opel Karl Rocks with its nameplate. This model was chosen for a reason: the Opel Karl was developed in South Korea, and the vehicle assembly kits for this and other cars came from the same country. All this made it possible to launch the VinFast Fadil in production extremely quickly. But it was decided to change it a little bit, so it would be exactly VinFast Fadil, and not Opel Karl Rocks.

Oddly enough, but inside the Fadil looks much less like Opel than outside. All external difference is the emblem and the radiator grill. But they managed to change something in technics, taking advantage of commonality of a platform of Opel Karl and Chevrolet Spark. Under the hood of European Opel Karl there can be only a 3-cylinder engine (1 liter, 75 hp), and under the hood of Fadil there is 1.4-liter “four” from Spark with power of 98 hp. Transmission is a variator without any alternatives, front wheel drive, but there are airbags, ABS and even an air conditioner already in base. Top versions, of course, are richer (there can be a climate control, and a system of course stabilization, and something else). Only how much does this car cost?

Theoretically, not much – 394,500,000 dong (about 16,900 dollars at today’s exchange rate – about 1.28 million rubles). But you have to keep in mind that car taxes in Vietnam are no match for ours. And the biggest tax must be paid when buying a car. If you want a foreign car, the tax amount is 100% of the car value, if the car is locally assembled – 60%. According to some of our fellow citizens, there is a separate line for SUVs, the tax on which at the time of purchase is up to 150% of the value of the car. There is also an annual tax (20% for the first three years, then – 10-15), but it is not our problem. And here is a problem to pay even more, even if it is 60% from above (VinFast Fadil is locally assembled after all). But it is not our problem either. The main thing is to understand: even this car for an average Vietnamese is luxury. However, the situation in our country is not much better.

Nevertheless, in 2020, VinFast sold 29,485 cars, more than half of which is this same Fadil. And this is already a success.

Now back to the Lux A2.0 and Lux SA2.0, which are considered the first cars VinFast developed in-house. For the life of me, I don’t understand why VinFast thinks so.

The Lux A2.0 sedan is built on the platform of the sixth-generation BMW Five (F10 body). Of course, the engine is a licensed BMW N20B20 I4 2,0 Turbo, and the gearbox is an eight-speed automatic ZF. But the design of the Lux A2.0 was developed in Pininfarina. As I said, Pham Nhat Vuong was not stingy with the factory, so it was happy to cooperate with Pininfarina, BMW and Magna Steyr. By the way, the executive director of VinFast is former top GM executive James DeLuca, and the design director is David Lyon, who drew not only the Cadillac CTS, but also the same Chevrolet Cruze, Spark and several other cars. Not surprisingly, the exterior of the Vietnamese car is really “in-house design”. The interior design is also very original, but, as it seems to me, not too successful.

By the way, this car could be on our market: VinFast wanted it very much at one time. Especially since imports from that country would be duty free under the free trade agreement with the EAEU. Would they buy it?

The second car shown in Paris in 2018 at the same time as the Lux A2.0 was the Lux SA2.0 crossover. As you have already guessed, this “proprietary design” is built on the platform of the same BMW, only this time – X5 in the body of F15. It is interesting that with absolutely the same wheelbase of 2933 mm the dimensions of “Vietnamese” have turned out more than of Germans. Actually, not from Vietnamese, but from the same Pininfarina that was engaged in this car. Well, inside it is like a sedan Lux A2.0 – BMW in all senses.

And I also wanted to say two words about the real Vietnamese luxury from VinFast, which you can still buy. Meet: 2020 model year VinFast President. It’s interesting that theoretically it is a redesigned Lux SA2.0 with nappa leather and Italian veneer in the interior. But the engine is completely different – GM LT1 V8 6,2 (420 hp), like on the Chevrolet Corvette. The maximum speed of the “President” is 300 km/h. It costs this wonder of technology 4,600,000,000 VND (14,934,000 rubles). If you want, the car is on sale on the VinFast website. You can still catch it, although soon the lineup of this manufacturer will be noticeably changed.

And now here’s your own!

The price of VinFast VF32 has not been announced yet, but it will be sold from the beginning of next year. This car is more interesting if only because it can be front-wheel drive or all-wheel drive. In the first case it will have one electric motor with a capacity of 204 hp, in the second – two (408 hp). Cruising range is promised to be about 500 km. We are waiting.

But the VF33 is a real top. Apparently, it has the same engines as the VinFast VF32, because there are two of them and their total power is the same 408 hp. But it can be all-wheel drive only. There’s also a seven-seat saloon and a range increased to 550 km. How much it will cost is still unknown. So we are also waiting for February next year.

I can only add, but almost all of the cars VinFast could be in our market. There were attempts to do something in this direction, but the pandemic got in the way. Let’s see what happens next. As you have already realized, a car from Vietnam is still not very cheap, but it is not so. Besides, VinFast doesn’t just make cars. A significant portion of production is mopeds, which are so popular in Vietnam. Of course, they are popular not for the good life, but it is what it is. Maybe we will need their mopeds someday, too.

We thank Andrey Trubin, head of the “Cars from the DPRK and other exotic countries” subgroup, for his help in finding this information.