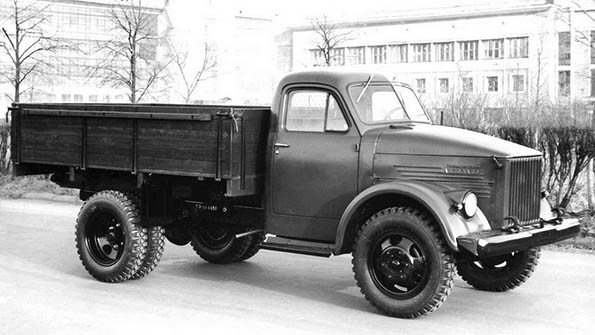 The “Great Leap Forward” is the name of the second five-year plan in the People’s Republic of China (PRC), which was carried out from 1958 to 1962. It was a great economic and social campaign, not so much to make the Chinese rich as to make the whole world (including the Chinese themselves) believe that their Communist Party was leading the country on the right course. It was important to show that independence is a good thing, and that independence from capitalists is a beautiful thing.

China’s southern neighbor, Vietnam, became jealous that the Chinese could afford to move into a brighter future by leaps and bounds. The situation in Vietnam at that time was not the most pleasant: the First Indochina War had just ended, during which Vietnam had won its independence and was no longer a French colony, and the country was divided into two halves along the Benhai River: north and south. Although the Geneva Accords recognized the independence of Vietnam, Laos and Cambodia as early as the summer of 1954, everyone was waiting for the free and general elections that were required for the unification of the territory and the consolidation of Vietnamese freedom. The U.S. really didn’t want another communist country in the region, and everyone probably remembers how that turned out in the 1960s. We shall not go into these historical twists and turns, but it is important to understand why in the late 1950s North Vietnam needed its own car: it was a matter of prestige and would have had great propaganda value.

Meanwhile, the “big leap forward” for the Chinese was going quite well. It was at this time that a large number of automobile companies appeared in the country, and some of them are still in operation today. And it was 1958 that was the most successful year for Chinese automobile industry. March 10, 1958 the first truck Yuejin (Yuejin is “a step forward”, a copy of our GAZ-51) with 2.5 tons lifting capacity came out of the Nanjing plant gates. In June 1958 the Nanjing Automobile Works was founded, and then factories were built all over the country: in Nanjing (today Nanjing Automobile Corporation), Shanghai (today Shanghai Automotive Industry Corporation), Jinan and Beijing (today Beijing Automotive Industry Holding Corporation). Let’s be honest: the Vietnamese had a lot to envy. China’s experience had to be urgently extended to North (Communist) Vietnam.

Of course, being a colony is not a great joy. But it was France that gave Vietnam the opportunity to learn about the automobile. Peugeot and Citroen appeared in this country back in 1920s, so the Vietnamese had some automobile experience. Certainly, experience in repair, not in construction of cars.

The First Indochina War would have been impossible without vehicles. And the French had enough cars. The Vietnamese had the courage and skill to take these cars as prisoners, repair them, and use them to fight the French. Because the war effort on the part of the independence fighters was much more successful than the French attempt to retake the colony, there were more and more trophy vehicles. And all of it had to be repaired somewhere. At this time, a large number of not-so-big enterprises appeared around the country to repair trophy vehicles.

It is interesting that the first attempt to build something of his own was made in 1950, when from the scraps of enemy vehicles built their own car, which was called Quốc Tế – “International”. It is just a pity that it is more like a legend: there is not a single document confirming that the car really existed. But there is a popular myth that the country authorities were so ashamed of this machine, they decided not to tell anybody about it and just destroyed the only specimen. Whether it is true or not, nobody knows.

But something is known about the first passenger car of “own design”, which was produced in 1958. This pancake – the second pancake – turned out to be not so shabby, though there are some questions.

From world to world

The motorcycle plant Z157 became a base for the future company. The company set up a separate division, called Chan Thang Factory. Chan Thang translates as “victory” or “triumph. However, neither victory nor triumph came to fruition.

This enterprise had to be created at a bad time. The protracted war, the devastation, the uncertain international situation – all this made the task much more difficult. Take, for example, the material basis: where to get the tooling, the machines? All this had to collect from all over the country. The situation with human resources was a little better. Although, as I have already said, we had some experience in repairing equipment during the war, but all the specialists were scattered among small enterprises and the best ones had to be selected. We preferred to take those who had specialized education, which could be obtained in French institutions. As a result, the plant staff of about five hundred people was assembled. Initially the plant was engaged in the repair of old machines, then they tried to build their own, Vietnamese one. And then things began to be covered with mysteries and riddles.

In 1959, the magazine “Behind the Wheel” published an article with the famous title “The first automobile of domestic production”. It was about the Vietnamese comrades, who still managed to produce their firstborn. It was named the same as the plant – Chan Thang. What kind of car was it?

ZR” wrote: “The first Vietnamese passenger car was named “Triumph”. Its design has much in common with the Soviet Volga. The “Triumph” is equipped with an engine with a working volume of 2.4 liters. The body has a five-seat load-bearing structure. With the exception of imported from abroad tires and dual headlight bulbs, all other parts are made in the Democratic Republic of Vietnam. And, of course, “The release of the first car out of the factory gates caused, as can be seen in the photo, enthusiastic approval from the workers of Vietnam.” And next to it is a picture that looks like a picture. Oh, this diplomacy! In fact, this Chan Thang was our GAZ-21 with a 2.4 liter engine. Of course, with differences.

The manager of the factory at that time was Comrade Ho Man Khang, and the chief engineer was Comrade Vu Van Don. There is an interview with Ho Man Khang in which he touches a little on the history of this pioneer of the Vietnamese automobile industry. According to the plant manager, the raw material used to make this car was recycled French scrap metal left over from the war. Ho Man Khang admitted that this car was a clone of the 21 Volga. Yes, it had to work on the body panels and in the end Chan Thang looks more like a Chaika than a Volga, but inside it is a GAZ-21. Ho Man Khang confessed that they could not take the Volga apart to the smallest detail, make their own drawings and start their own production at the plant due to lack of knowledge and technical capability. As a result, this first Vietnamese passenger car was the only one. It slowly started to grow up with myths and legends.

For example, there is an opinion that Chan Thang is based not on GAZ-21, but Renault Frégate. In fact, it is not. Remember what they wrote in “Behind the Wheel” about imported tires? It is likely that it was not only about the tires, but about the complete wheels. And certainly not about imports, but about using them on a particular car. They do look like French ones, but Chan Thang is a Volga after all, not a Renault Frégate.

And here is another myth that is difficult to explain. There is an old photograph of Ho Chi Minh looking at the fins of the wonderful Chan Thang. And in the same photo, another person is marked – Nguyen Man Khang. And this is strange, because the name of the plant manager is not Nguyen at all, but Ho (the names Man and Khang coincide). However, Vietnamese newspapers have asserted that the photograph depicts Comrade Nguyen (in Vietnam, the first name is always the family name, followed by two first names). And they add: Nguyen Man Khang is a Vietnamese designer, inventor and engineer known as Quasar Khang. In 1964, he developed another car called Quasar, which was produced by the British company Unipower. Now that’s interesting.

Indeed, Nguyen Man Khang (aka Quasar Khang) is a very famous designer and designer. And he actually had a hand in the very funny Quasar Unipower City Car. In fact, it is a glass box on the chassis of the Mini with a 1.1 liter engine and three-speed automatic transmission. This miracle looks very wild, and nobody knows why it was produced from 1967 to 1969. But it was invented by the same Nguyen Man Khang (Kwazar Khang).

His glass cube on wheels didn’t really catch on (I can’t even guess why), but Quasar Khang remained in history nonetheless. In the future, he became a famous designer of inflatable furniture. It seems ridiculous, but his company became one of the European leaders in this industry. Today it is called Fugu Furniture and is based in France. Quasar was also a popularizer of bamboo bicycles. It all seems to be going well, but something about this story doesn’t add up.

The photo with the car, Ho Chi Minh and Nguyen-Kwazar was probably taken in late 1958 (or very early 1959, but that’s less likely). Quasar was born in 1934, so he must be 24 here. Well, let’s say he really was very talented and at that age he had already made a name for himself with Ho Chi Minh. But here’s the problem: when he was fifteen, Kwazar was taken to Paris to study engineering at the National School of Bridges and Highways. He studied there until 1958, in 1957 he managed to marry a Frenchwoman, but he did not get to Vietnam until shortly before his death in 2016. Where did he come from in the photo with Ho Chi Minh? There is no answer to that question. However, there is an assumption that this is another element of propaganda. Like, look what kind of people sculpted Chan Thang.

As I said, this car was the only one left. What became of the plant, it was impossible to find out. There is no mention of it anymore. Most likely, the next war, difficult and protracted, ruined an already not the most advanced enterprise. There have never been serious attempts to build its own car in Vietnam, although the assembly of Citro¸n 2CV was mastered there during the war.

The modern motor industry of Vietnam reminds something of the North Korean one: the same brave attempts to copy something alien and not to spit at it. Sometimes it turns out funny.

For example, the Vietnamese company VinFast has largely original designs (and largely non-original, taken from BMW). Well, this is understandable: the founder of this company Pham Nhat Vyong graduated from Russian State Geological Prospecting University in Moscow, and this is a great obligation. We will consider the VinFast products next time, for now Vietnam is enough for now.

We would like to thank Andrey Trubin, head of the “Cars from the DPRK and other exotic countries” sub-publication, for his help in finding the information.