VW has announced a flat-floor electric car with a new electronics structure, operating system and great autonomous driving capabilities at mass-market prices for 2026. The technical basis is an evolutionarily enhanced MEB.

VW plans to build the electrically powered sedan in Wolfsburg from 2026. It will set new standards in terms of range, charging speed and digitalization – and will be capable of highly automated Level 4 driving, according to VW. At the planned start of series production in 2026, Trinity will already reach Level 2+, but will be technically ready for Level 4. “We are using our economies of scale to make autonomous driving available to many people and to build a learning neural network. In this way, we are creating the conditions for the continuous exchange of data from our vehicle fleet – for example, on the traffic situation, obstacles or accidents,” said Ralf Brandstätter, CEO of the Volkswagen brand.

A new platform for the volume segment

At the first presentation in early 2021, VW brand CEO Ralf Brandstätter said that after the redesign of the strategy toward e-drive and the first models based on the Modular Electric Building Block (MEB), it was time for the next step. Trinity, he said, is “a highly efficient flat seat concept with iconic design. Our innovation leader!” said Brandstätter. In early March 2021, he described the project as “something like the crystallization point of our ACCELERATE strategy, a lighthouse project, our software dream car.” Trinity, or Trinitas in Latin, refers to the Trinity or Trinity. Accordingly, this car is meant to stand for 3 things:

A new architecture: “As a global modular champion, we are taking the lead for a state-of-the-art electric flat-floor platform and helping to shape the new Group architecture. We are setting standards in range, charging speed and, above all, digitalization.”
Brandstätter cites “autonomous driving” and a “neural boost” as point two: VW wants to “democratize autonomous driving with this vehicle.” Trinity is expected to reach Level 2+ and be technically ready for Level 4. “We are using our economies of scale to build a learning neural network for the entire group,” Brandstätter said on Linkedin.
Brandstätter cites a “radically new approach to production” as the third point of the “trinity”: with the production of the series version, the Wolfsburg plant is to become a showcase for state-of-the-art, intelligent and fully networked production processes. “We will completely rethink the way we build cars and introduce revolutionary approaches. Digitization, automation and lightweight construction play an important role here,” says Brandstätter. And with a side swipe at Tesla, the VW CEO said earlier this year, “We’ll show you that innovative electric cars can be built highly efficiently and economically not only in Berlin, but also on the banks of the Midland Canal.”

The new electronics are not an end in themselves. VW wants to produce future vehicle models like Trinity with considerably fewer variants, and the hardware is to be largely standardized. The cars will then have virtually everything on board, and customers will be able to activate desired functions “on demand” at any time via the digital ecosystem in the car. According to VW, this will significantly reduce complexity in production. By developing the automobile into a software-based product, Volkswagen is creating the conditions for new, data-based business models. Entry barriers to individual mobility are to be lowered while at the same time offering even more attractive usage packages. Volkswagen intends to generate additional revenue in the usage phase – for charging and energy services, for software-based functions that customers can book as needed, or for automated driving. “In the future, the individual configuration of the vehicle will no longer be determined by the hardware at the time of purchase. Instead, the customer will be able to add functions ‘on demand’ at any time via the digital ecosystem in the car,” says VW brand boss Brandstätter.

Much of this sounds like the lighthouse project “Artemis.” Markus Duesmann, who has been not only Audi’s but also the Volkswagen Group’s head of development since April 1, 2020, announced this back in June 2020. Artemis is to be “a unit for the accelerated development of additional car models.” The head of the fast high-tech incubator is Alex Hitzinger, a successful motorsport chief engineer and previously a driver of autonomous driving in the group. Hitzinger is to work with a team of automotive and technology experts to “quickly and unbureaucratically develop a groundbreaking model for Audi” as a first step, Duesmann said. 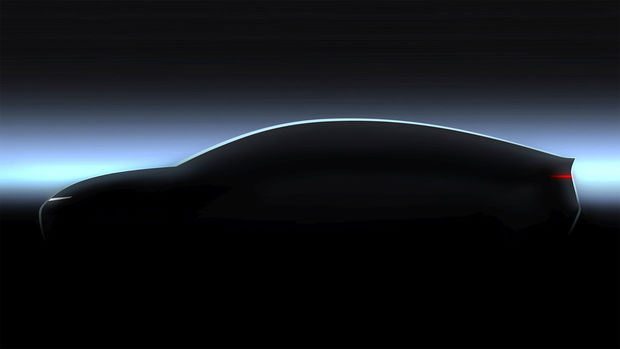 The first sketch for Trinity shows a streamlined body shape with a very flat tail and high breakaway edge.

In a picture Brandstätter posted on LinkedIn earlier this year, a covered vehicle can be seen with proportions reminiscent of an Arteon Shooting Brake, only wider and rather flatter. At the front, a large sculpted VW logo can be glimpsed under the cloth, and the headlights, with their pronounced upward arc, are reminiscent of those on the Golf V or simply the current ID. models. The frontal area is likely to be more favorable than that of the Vizzion (virtually the electric Passat) because the new platform seems to be built much flatter. 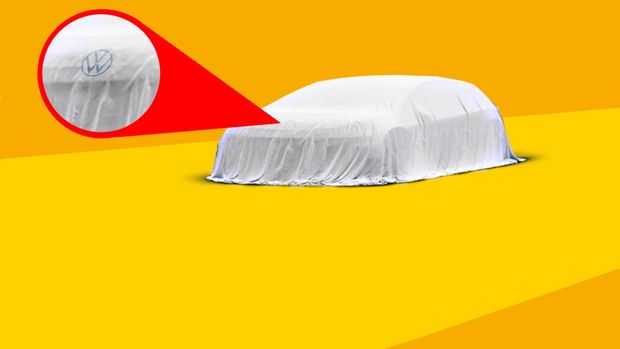 The front is reminiscent of the ID. models, the silhouette of the Arteon Shooting Brake.

To achieve this, the MEB’s battery, which is still around 14 centimeters thick, must either be considerably thinner in the vehicle floor or, as in the Porsche Taycan, have cutouts in the appropriate places to create sufficient interior height. However, such a jagged battery is likely to be too expensive for the targeted volume segment – unless VW, like Tesla, aims to integrate the battery cells into load-bearing structures of the floor assembly.

Volkswagen needs the volume not, as always, for scaling and prices, but also for networking: Trinity is supposed to bring the data exchange within the VW fleet (Neural Boost) that the models of the future will need for autonomous driving – including those of the other group brands. The Artemis and Trinity teams will not only network for this purpose. The Wolfsburg-based company’s collaboration with Ingolstadt-based Software.org will be very “integrated,” Brandstätter said.

No, cars should drive properly; smartphones, which everyone has anyway, will do the rest.

Yes, cars need swarm intelligence for autonomous driving and software must be updatable over the air in the future.

VW will continue to develop the MEB in many rapid evolutionary steps, especially with regard to the classic hardware of an e-car such as batteries and charging capabilities. Trinity will then bring new electronics and digitalization. The fact that this also includes a new architecture fits in with the year of its release, 2026, and that its development will take place at VW with the current division of development tasks. The brands will leverage group synergies primarily in electronics and digitization; and of course the Trinity modular system will also be available to the other brands. The target price of 35,000 euros is a challenge, especially to the premium competition.

VW will recoup the enormous investments in the MEB over a long period of time beyond 2026, also through the cooperation with Ford. Brandstätter has already announced smaller models (ID.1, ID.2) in the 20,000 to 25,000 euro price segment for 2025, so the MEB and MEB II (Trinity) will overlap for longer.