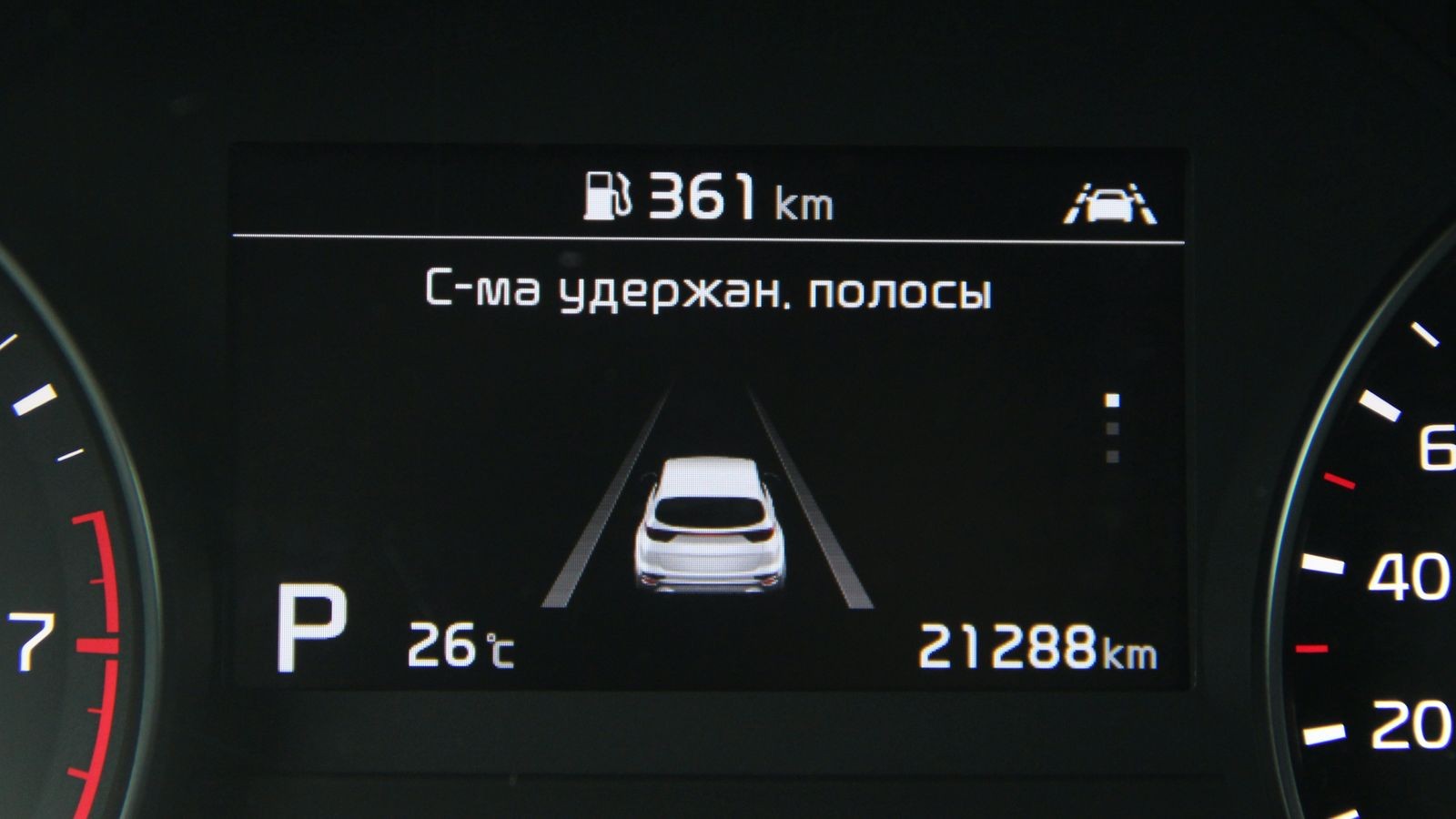 In the future, all the current driver assistants will merge into one, and we will get a full-fledged autopilot, which will allow us not to think about what is happening on the road, and go about our business on the road. No one knows when this momentous event will happen: at the software and hardware level, autopilots are essentially ready, but it’s still impossible to put them on public roads on par with human-driven cars (why, we dealt in detail on the example of the Audi A8). This means that in the coming years, if not decades, the entire responsibility for safety on the road will still be on us – the drivers, and therefore it makes sense to pay attention to electronic assistants, allowing to avoid many typical accidents and reduce the stress of driving.

In developed countries, there is now a massive introduction of electronic assist systems in new cars, helped by pressure on manufacturers by independent non-profit organizations, particularly Euro NCAP in Europe and the IIHS in the United States. Consumers are guided by the safety ratings awarded by these organizations for new cars, and therefore manufacturers are fighting for high ratings and equip their cars with the latest safety systems.

In Europe, for example, it is now impossible to put a car on the market without an automatic emergency braking system (indicated by the established abbreviation AEB), and presented to the committee Euro NCAP this spring, a new methodology for testing such systems greatly increases the requirements for them. This means that the AEB system will become more sophisticated and prevent more accidents.

The current fourth-generation Kia Sportage last took part in Euro NCAP tests in 2015 (that is, immediately after the premiere) and received the maximum five-star rating for safety. But then the AEB system and other smart assistants (for example, the now mandatory lane-keeping system) were not taken into account. But the U.S. Insurance Institute for Highway Safety (IIHS) tested a restyled version of the Sportage equipped with electronic driver assistants in 2019. The IIHS examined the ability of the new compact crossovers to recognize pedestrians, and the Kia Sportage was in the good group, while the BMW X1, by comparison, failed the test.

It is encouraging that the Kia Sportage with electronic driver assistance systems is also available in Russia – the Drive Wise complex is included in the top-of-the-line Premium package for 2,389,900 rubles (the price indicated at the time of publication). It includes a system of frontal collision prevention FCA (as Kia calls its version of AEB) and working in conjunction with it intelligent cruise control SCC, Lane Keeping Aid LKA, blind spot monitoring system BCW, parking assistant SPA, reverse parking assistance system RCCW, driver fatigue detection system DAW.

System preventing front collision FCA, of course, we can not test on the roads of general use (it is directly prohibited by the instruction manual), but the intelligent cruise control SCC at our service, blessing it uses the same hardware as FCA, namely – located in the front bumper radar and video camera under the windshield at the level of the rear-view mirror.

The radar detects objects in front of the car and measures the distance to them, the camera recognizes images. There are only two images you are looking for – a car and a pedestrian. The FCA does not officially see motorcyclists, cyclists and self-driving cars, although it can trigger a dangerously close approach to them.

The system works best in daylight hours in good weather, and in low visibility conditions (night, heavy rain, snow, fog) and when dirty the camera or radar, there is a possibility of errors, which is honestly written in the manual. The vendor also warns that the electronics may not react to too big cars (trucks and tractors), to the cargo which is outside the car body and to monochrome objects. The latter, by the way, are one of the key problems for Tesla electric cars equipped with SAE Level 2 autopilot (requires constant monitoring by the driver).

In general, even premium brands can’t yet boast of perfect operation of electronic driver assistants in all weathers. But in clear and sunny weather Kia Sportage with a package Drive Wise, as practice has shown, perfectly “clings” including for trucks, that is holds the distance, accelerates and brakes without the participation of the driver.

While SCC is working the key on the right spoke of the steering wheel, depending on the speed of the flow, you can adjust the distance to the car ahead. In traffic jams, it is better to reduce the distance to a minimum, but even so, when accelerating between your and the leading car, there may be too large a window into which someone from the neighboring row will want to cut in. And when braking can scare too late operation of the system – in this case, do not try your patience and fate, brake yourself, as required by instruction.

It is the driver’s responsibility to take control in any situation that seems dangerous. This includes being cut off and wedged into your lane by a car with an aggressive or simply inattentive driver. The system may “blink” suddenly appeared obstacle and let a collision happen, that’s why you should always watch the road. Meanwhile, the new program of tests Euro NCAP appeared undercutting test, so we can count that in a couple of years, electronic aides will start to cope with this trouble.

Is there a sense in adaptive cruise control at such quantity of restrictions? Yes, there is: with it you get tired less, and driving (especially in a jam) is smoother, that is important for passengers inclined to sea illness. And the main thing is that the system protects you from small traffic accidents, because everyone can get behind the wheel. Electronics may make mistakes, but it never gets tired, it’s always on guard.

LKA lane keeping system works in the speed range from 60 to 180 km/h based on the picture from the front video camera. The system works softly, does not “break” the trajectory of the car, while the driver can intervene at any time – he does not have to overcome the resistance of the electric steering motor.

LKA does not work with temporary markings, on crosswalks, in places of division of lanes and merging of two lanes into one. The system also does not see the worn-out, worn-out and dirt-covered markings. To cut the long story short, it is not much use in a city, but on a good freeway, it may be of use and help.

In its turn, the system of recognition of driver’s fatigue DAW will keep you from too long monotonous driving. It watches the driver through a separate cabin camera, assesses his attention on a five-point scale and when the score drops to zero, offers to take a break. Note that since this year, the evaluation of driver attention control systems has also been part of the Euro NCAP test program.

The BCW blind spot monitoring system operates with ultrasonic sonar signals from the perimeter of the vehicle and is activated at speeds above 30 km/h. The driver is alerted to interference via the yellow indicators integrated in the exterior mirrors and additionally by a persistent acoustic signal in the event of a dangerous approach. This assistant comes in handy when changing lanes in heavy and dense traffic.

The SPA parking assistant is, in principle, a rather old and well-studied system, but it still arouses lively interest and controversy among car enthusiasts. Kia has a classic version of this assistant: he controls only the steering wheel, you – everything else, that is you yourself press the gas or brake, ensuring safe maneuvering speed, and turn on the command of electronics desired mode ACP.

It is necessary to keep in mind the technical limitations of the parking assistant to activate it only when it is appropriate and safe. For example, the search for space should take place at a speed of no more than 20 km/h, which is suitable for hypermarket parking, but not always feasible on a city street with heavy traffic. Always keep an eye on the distance to neighboring cars, as the FCA front collision avoidance system is activated at speeds above 8 km/h, that is, it does not work at parking speeds.

SPA is ready to help you only when parallel (left or right) and perpendicular (left or right) parking, the desired mode is selected by the key on the center tunnel. Parking at an angle, typical for many city streets, the assistant does not support.

The exit assistance is offered only if the vehicle is parked parallel to the carriageway. From a perpendicular pocket you have to pull out by yourself, but when reversing the system RCCW – the main thing is not to accelerate faster than 10 km / h. RCCW system also operates ultrasonic sonar, and more precisely, their far, not short-range parking, that is to warn the driver of the approaching left or right car (the indicator in the rearview mirror, a sound signal and a message on the screen of the onboard computer).

On 2020 model year Kia Sportage, Drive Wise complex also includes a traffic sign recognition system ISLW (the test car does not have it). The system sees only two types of signs – speed limits and overtaking is prohibited, but it is quite enough to avoid being ambushed by traffic police, especially if the signs are installed temporarily and are not registered in the navigation systems.

What’s the bottom line? The difference in price between Kia Sportage in GT Line configuration (without Drive Wise) and Premium makes 130 thousand rubles. For this money in addition to the aforementioned assistants you also get automatic switch of headlights from high beam to low beam and electric luggage door drive. In our opinion, taking into account the functionality, it is quite a fair extra charge for safety and comfort. The only pity is that the Drive Wise complex is available only in combination with the top-of-the-line Premium package. In the form of option for 130 thousand rubles Drive Wise would be appropriate for any complete set, but Kia, as well as the majority of the Asian brands, offers in our market only fixed complete sets, and addition to them of complex Drive Wise in many respects depends on the desire of clients. If there will be a lot of requests, they will add it for sure – in the speed of reaction to the consumer’s requests, few can compare with the Korean brand.