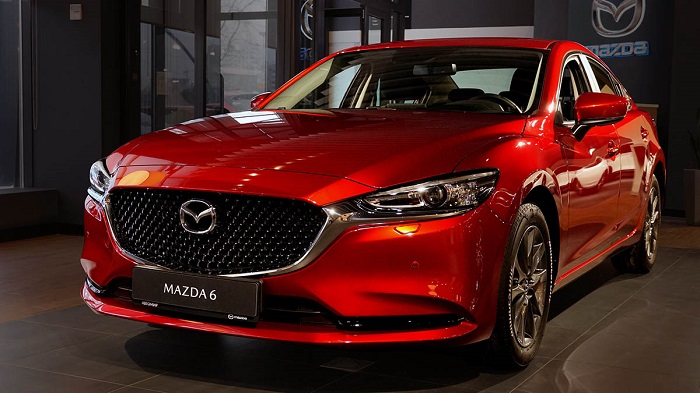 Car maintenance is an important step in the operation of the vehicle, which is mandatory for cars of any price segment, class and purpose. The need to service the vehicle occurs after a certain time or mileage, and the cost of these activities is different for all car owners.

It is important to understand the difference between maintenance and service costs. The first category includes all expenses for keeping the car in good working order. These include the purchase of fuel and consumables, parking fees, insurance premiums, tax charges, etc. Maintenance refers to repairs, both routine and non-routine.

In order to determine the list of the most costly cars to maintain, it is necessary to form a specific framework and criteria. Certainly, premium brands will not be presented here: Bentley, Lamborghini, Ferrari, etc. Costs for maintenance of such cars are obviously enormous.

The top of the rating of foreign cars that can ruin its owner, the legendary crossover brand Land Rover, which, although it is cheaper than Range Rover, but very expensive for maintenance. As motorists note, it costs at least $1,500 a year to maintain the car. Such expenses are connected with a high cost of components, as well as with design features of units and mechanisms.

In addition, the model has a lot of vulnerabilities and is weak in repairability. If some parts become unserviceable, it is often impossible to repair them, and the only solution is to replace them with new ones.

However, there is the flip side of the medal, namely, fragile electronic equipment, weak timing and a chassis vulnerable to breakdowns.

Perhaps one of the most popular cars of the German VAG concern, which is offered in two popular body styles: a sedan and a station wagon. Of all the representatives of the model range it is considered the most expensive to maintain and repair, especially when it comes to the B7 series.

Factory faults, not the most reliable powertrains and weak transmissions are typical of samples with 1.8 and 2.0 TSI engines. Piston and ring design flaws lead to significant oil consumption and reduce the service life of the car.

In addition, the owner needs to change oil frequently, and original lubricants are very expensive. To summarize, a year of car ownership will cost $1,600.

The legendary “seven” with body codes E65 / E66 / F01 / F02 and F/04 is also a very costly car to maintain, especially if the previous owner ignored service dates and saved money on it.

Problems with the N63 power unit occur as early as 60-70 thousand kilometers.

In addition, its electronics is another weak spot in the car.

The cars Ford are not very expensive, so their maintenance can’t be called too expensive. But it does not concern the Ford Mustang at all. Though the powerful muscle car costs a little, it “eats” a solid sum for maintenance.

Every year the owner will spend about 1,8-2 thousand dollars for planned repairing works. However, the car diagnostics itself costs inexpensively. Also a wide choice of spare parts at reasonable prices is offered for sale.

But sporty power and turbocharged engines cause the fuel system to get dirty and the spark plugs to wear out quickly. It also accelerates the clogging of the filters. In general, individual maintenance activities for the muscle car are relatively inexpensive, but you have to be prepared for minus $2,000 out of your annual budget.

The model’s key vulnerability is the powertrain.

If the 8-cylinder engine gets scuffed, it’s expensive to rebuild.

This Japanese car is hardly unreasonably expensive to maintain, but it is objectively more expensive in comparison to its other brethren. And though cars of Nissan brand are very popular, it in no way concerns Maxima. Thus we speak about both old and actual generations.

With careful attitude and duly fulfillment of maintenance annual expenses will make $1000. But only few people can keep within this budget, and the average figures reach $1,9-2 thousand every year.

In order to extend the service life of the working organs and systems, it is necessary to use original accessories, expensive and certified engine oil. In addition, the model is quite demanding to the quality of fuel used. If you fill up with cheap gasoline at dubious gas stations, you should be ready for an expensive repair of the fuel system in the future. Transmission and running gear in general are not capricious. The same goes for the engine.

It is extremely expensive to repair and service this car, especially when it comes to replacing the body elements. And not every repair shop will agree to such actions. Even in relatively outdated versions there are 98 electronic units, which are strongly vulnerable to breakdowns. Also A8 has weak ignition system.

This mid-sized crossover has become very popular with Russian motorists. The well-maintained examples are especially appreciated on the secondary market, as they slowly lose in value and are characterized by good build quality. This is due to the fact that many working elements are assembled to perfection.

There are no global faults in the transmission, engine and running gear. However, routine maintenance can be expensive. Opposite engines are another vulnerability. Besides, not all repair shops will undertake Forrester repair, as not everyone knows how to work with it.

And the cost of such services is often exorbitant. Costs also increase due to the import of some components directly from Japan. Keeping a Subaru Forester in 5th generation costs about $2,000.

Another Japanese car, Mazda 6, is notable for its impressive appearance and good build quality. This is a flagship representative of the brand’s lineup, except for some crossovers. Under the hood of “six” there are reliable atmospheric units, and some exorbitant sums for maintenance of the car are absent here.

Nevertheless, buying Mazda 6, a driver should be ready to spend 2000-2500 dollars annually on replacement of suspension elements. The point is that its design is not adapted to Russian roads and is exposed to fast wear and tear.

Unfortunately, many details of running gear are not available on the local market, and they have to be ordered directly from Japan or European plants. If you make do with non-original components, the life of the major components will be sharply reduced, so it is better to avoid such manipulations.