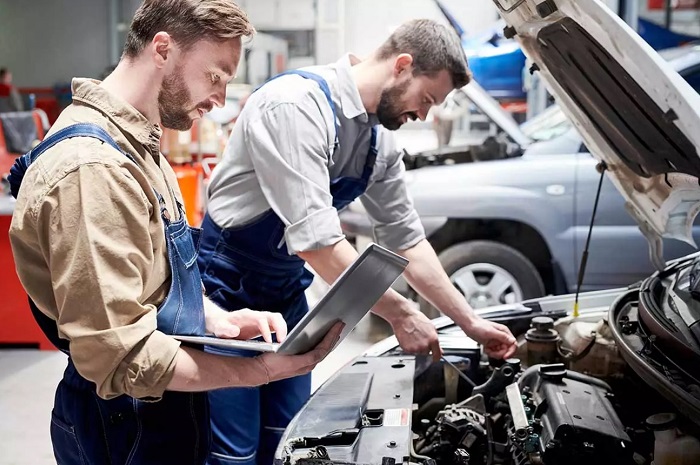 Under normal operating conditions and when the vehicle and the battery are in good technical condition, the batteries are capable of maintaining the vehicle’s viability for a month or more. The situation changes dramatically when the individual components of the car begin to malfunction, which can lead to a complete discharge of the battery in a week, and sometimes a couple of days.

Why is the battery in a car discharging faster than usual?

There may be many reasons, but the most trivial ones are forgetfulness or laziness of the driver, technical and other reasons that lead to an accelerated discharge of the car battery.

Many have faced a situation when the car refused to start even after several hours of idle time with the headlights on or the interior lights left on. Here, of course, we are not talking about any malfunction, but the reason may be completely different.

For example, more experienced drivers know how important it is to recharge the battery before the onset of frost. Just before plugging in the charger unscrew the filler caps – so the battery will last much longer, and the effect of a rapid discharge will catch the driver much later.

Another, not trivial reason lies in frequent overcharging of the battery. One of the obvious signs of this phenomenon is periodically burning fuses and bulbs, as well as the smell of burning in the cabin. In addition to the fact that due to the boiling out of the electrolyte the battery will actually sit down significantly faster than usual, in the worst case there may even be a car fire.

The most common cause of overcharging the battery is a failed voltage regulator, the condition of which can be determined elementary with a multimeter, and replace it yourself will not be a problem. Also the phenomenon of overcharging is found in cars of fans of listening to music with the engine turned off. As a rule, the battery in such mode of operation regularly discharges almost completely, after which it receives a shock dose of voltage and boils.

A less common cause of a battery boil is that the temperature under the hood is too high. Here, it could be due to regular extreme engine operation, a faulty thermostat, or coolant that has lost its properties.

A rapidly discharging battery can be a real headache for the driver. The causes can be simple, such as an appliance left running overnight or a battery that needs to be replaced, and complex, which can include current leakage.

Technical reasons for rapid battery discharge include the following:

The situation with the rapid discharge of the car battery is aggravated by such a factor as low temperature. While in summer even a strong current leakage will not be so noticeable on a new battery, in winter the same cause may lead to discharge in literally a few cycles of travel.

How do I detect and repair electrical leaks in my car?

Current leakage must be dealt with immediately, because in addition to eating precious voltage necessary for the life of the car, it can lead to the failure of other electronic devices and even to a short circuit followed by a fire, especially if one of the devices was connected directly by an inexperienced technician.

Machine manufacturers originally built in the natural current leakage in the range from 40 to 100 milliamps per hour, depending on the model of the car. The voltage goes to support primitive dashboard functions and alarms and is most often below the limits.

But sometimes the amount of current leaking from the battery can increase dozens of times, indicating poor quality of the car power grid, or one of the devices for various reasons began to work bypassing the ignition.

Detect the source of leakage current is simple enough, for this you need to get hold of an ordinary multimeter. It is necessary to set the device to 10 amps, remove the terminal with the minus sign from the battery, set one wire to the removed minus terminal of the battery, and the second – to the free contact of the battery.

All this should be done with the engine turned off. The readings of the multimeter will show the exact electricity consumption of the car at a given time. On cars the norm is not more than 60 milliamps per hour, on SUVs it can go up to 100. If the readings are significantly overstated, you need to look for leakage current in one of the devices.

The easiest way to do this is to disconnect the fuses one by one, observing the multimeter readings time after time. If after another fuse is removed the reading changes dramatically, then the problem is in the device, the circuit of which is broken by this very fuse.

It is not difficult to know what this device is – usually the numbers of fuses and related devices are marked on the cover of the unit itself or in the technical manual of a car.

If the car is not new any more, several devices can become anonymous power eaters at once. So don’t stop until you find them all. As soon as the current returns to the factory parameters, you can stop searching.

The next step is to inspect the wiring at the connections to the problem appliances. Leaks can be due to bare wires or oxidized contacts that power the devices. The driver should be alert to melted wires. The leak here is most likely due to a short circuit, and you cannot do without the help of a competent auto electrician. Usually after fixing these problems, the current leak disappears, and the battery mode returns to the factory parameters.