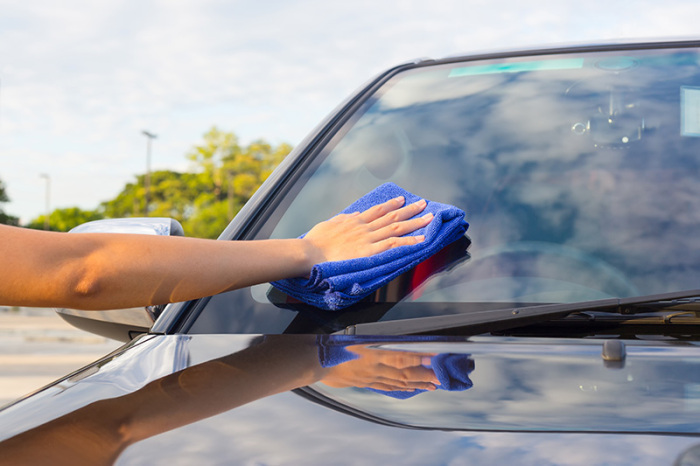 What season most disliked by domestic motorists? Of course, winter. After all, it brings innumerable difficulties and inconveniences to the life of an honest worker of the steering wheel. However, some problems occur also in spring, when cold and frosts remain only in memories. We are talking about the squeak of windshield wipers, which now and again appears with the advent of warm days.

Where does the squeak come from?

In 9 out of 10 cases the squeak of windshield wipers appears because of the wear of brushes, namely – because of the wear of their rubber. As it is easy to guess, the rubber constantly rubs against the glass surface, which in turn receives dust, dirt, and in winter the ice and snow also appear on the glass. Temperature changes, frost and direct sunlight do not affect windshield wiper rubber in the best way. Even the windshield washer fluid has a negative impact on the material. The fact is that they are created as a rule on isopropyl alcohol, and it in turn is the strongest solvent.

There are many factors undermining the “health” of windshield wipers. One way or another, eventually, there is a discharge on the surface of rubbers, which in turn becomes the cause of formation of stains and appearance of squeaks. Under the influence of cold weather and because of constant work and the wiper itself loosens, there is a backlash and numerous gaps. Finally, the source of squeak is formed on the windshield chemical film of salt deposits and adhering oils.

What should be done to get rid of it?

The most effective way to get rid of the squeaky wipers was and remains a complete replacement of wiper blades. Alas, this is one of the consumables that needs constant replacement. For a short time the situation can be corrected by trimming the upper layer of the rubber with a special knife. Usually such are sold in stores of automobile accessories and cost mere pennies. However, this solution is not a panacea, and sooner or later the brushes will still have to be replaced.

You should also wash your car windshield properly on a regular basis to get rid of that very film of salt deposits and oils. Special products containing ammonia are also available at car dealerships. It is possible to prepare a salvage solution yourself: dilute 40 grams of ammonia in 1 liter of water. After that, the composition is poured into a sprayer and applied as intended. The main thing is to mix well. After application, the remedy is rubbed with microfiber cloths.

As a prophylactic against squeaky windshield wipers, do not forget to resort to the help of a regular, but quality car wash with shampoo. It is recommended to remove the wipers, and their rubber elements well washed with warm water and soap. After that, you can dip them in a weak soda solution for degreasing. By the way, it is better to use alcoholic solution with ammonia to clean glass just after washing the car with soap and shampoo.