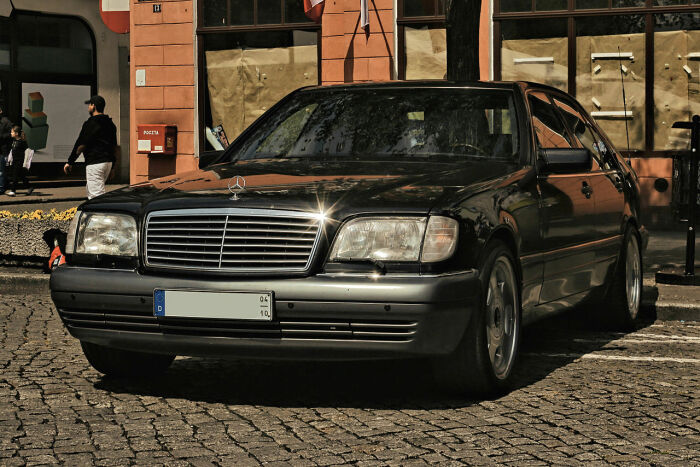 It would probably be easier to talk about what was bad about the Mercedes-Benz 600SE W140. For many motorists, the “six hundred” will be the last “classic” Mercedes-Benz, combining the highest quality and comfort levels.

In terms of technology, the Mercedes-Benz W140 became a kind of bridge between purely mechanical cars and next-generation cars with a high degree of computerization. In this respect, the W140 represents an intermediate link. It is important to understand that the cars of the later series were quite different from the cars of the first years of mass production. Production of the 140th from 1991 to 1998. For example, the 1996 models had a new Brake Assist system that could engage the rear wheels when braking sharply.

Also for the first time in German car appeared a computer stabilization system ESP. In 1995, the car was equipped with parking radars. In 1996, it was possible to use Linguatronic voice assistant. Finally, it was possible to buy an automated help and emergency call system “Tele-Aid”. The latter was introduced in 1997. And almost everything in W140, which could and should move from the seats and door windows to the mirrors, headrests and curtains, was equipped with electronic drive.