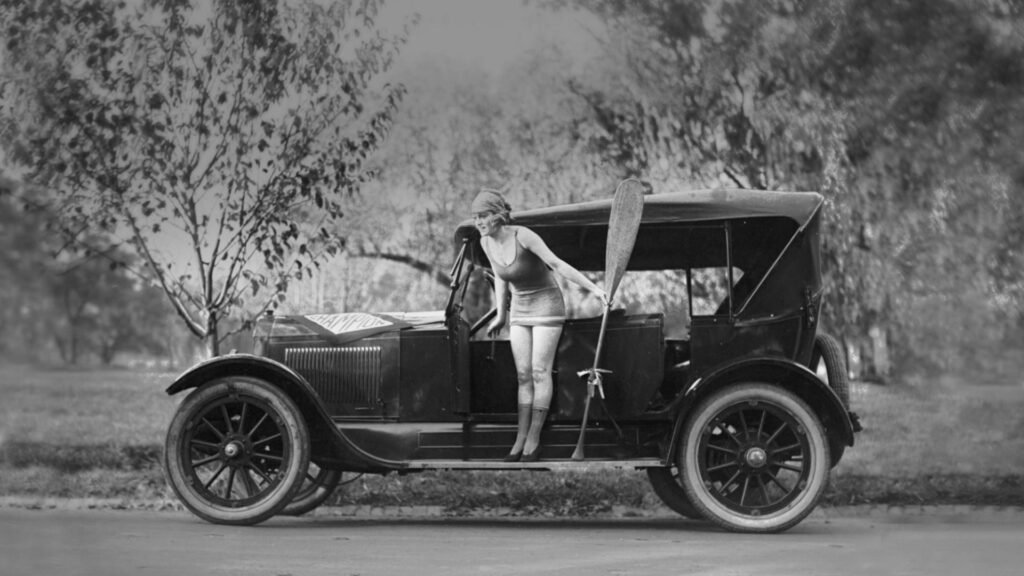 The twentieth century was a major battleground for gender equality, and women’s driving was one of the brightest manifestos of independence from gender prejudice. But how do you approach a smoky self-propelled carriage that requires constant care and tire changes (the roads back then were still generously sprinkled with horseshoe nails)? Just for such ladies, in 1909, a book was published in the United States called “The Woman and the Automobile” and it contained some absolutely amazing advice. Jalopnik recalled this amazing story, and we couldn’t help but share it.

Author Dorothy Levitt just wanted to make the prospect of using a car not seem so daunting to other ladies, and consistently, in very simple language, laid out all the secrets of motorist life.

Everything, of course, began with choosing the right carriage, and here Dorty strongly recommended the single-cylinder De Dion, which required little muscular effort to drive and looked quite sleek. Power? As much as eight hot rods.

Next it was recommended to study successively all the knobs and instruments in the car, to know their purpose and principle of operation, so that any malfunction could be easily detected. Before the trip Dorothy recommended to check the presence of gasoline and oil, and after the start to press the brakes to be sure of sufficient grip. 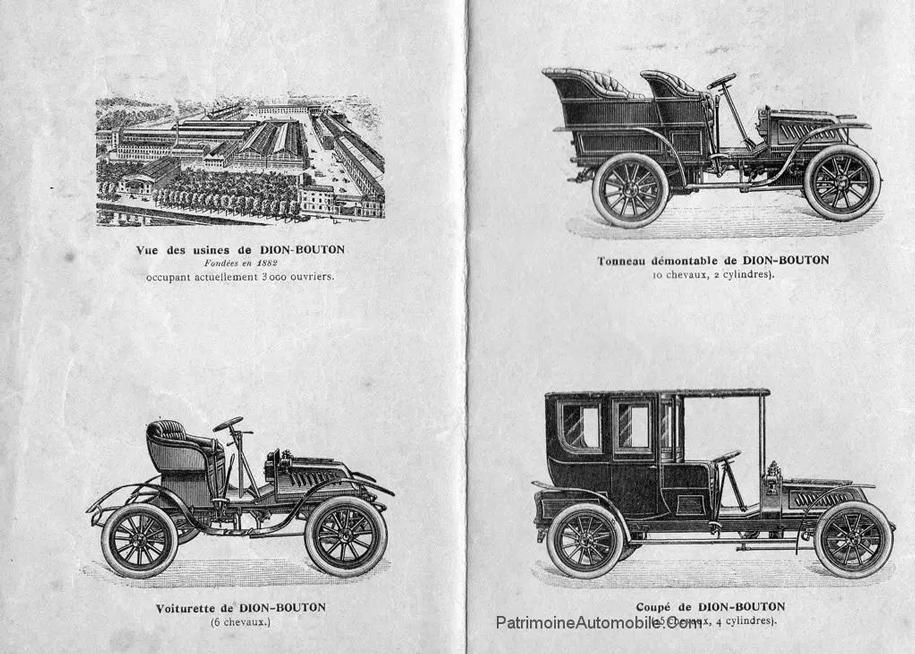 A separate chapter was devoted to dressing while driving. Dorothy Levitt herself had raced cars, wearing figure-enhancing women’s suits, so she attached particular importance to this aspect. The progressive flair of the car as a miracle of modern technology then left its mark even on the appearance of society ladies: it was considered fashionable to wear a car coat for driving – girls in such attire could be found even on the deck of the first class of the Titanic.

Levitt, however, discouraged coats of leather, because it eventually cracked, became harder in the cold, and recommended a simple casual dress in season, which necessarily should be supplemented with a scarf – most of the cars then remained open. Boots, Dorothy said, were to be preferred to lightweight shoes to allow freedom for the feet when pedaling.

There was also a chapter on repairs. For convenience, the book included a complete list of tools and problems a lady might encounter on the road and most importantly, fix them herself. Many of the problems described would stump anyone today, but the owner of “The Woman and the Automobile” seems to have been able to claim an entry-level mechanic’s grade.

Is your motor experiencing ignition skips? Most likely the problem is a faulty spark plug – replace it with a wrench. Is your car slowing down and your engine misfiring and choking? If the fuel tank is full, it’s a clogged carburetor. Spare hairpins can help clean it – just put on gloves and unscrew the part to repair it. Yes, nothing was impossible with this book! 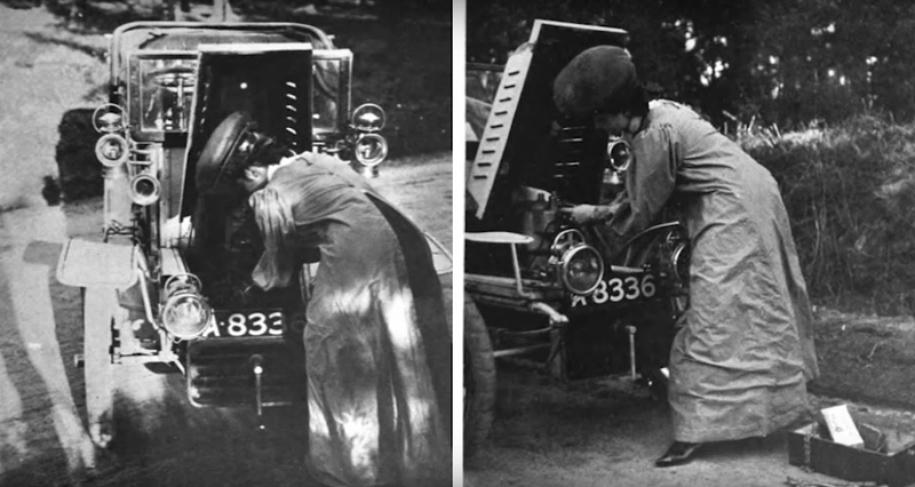 Not surprisingly, after all these procedures, Dorothy urged that no one should be allowed to drive her car. A stranger’s hand could bring disharmony to a carefully tuned and repaired machine.

As a road companion, Levitt recommended taking a dog – dogs, she said, love to travel by car and are sure to find a way to nestle next to their owner in the seat. Interestingly, even here she didn’t bring up men.

Want some more driving advice from the turn of the last century? Be sure to take a pocket mirror on the road to be able to keep an eye on the situation behind the car, and in the box under the seat (now it has moved into the glove compartment) put a bar of chocolate – in stressful moments, when you are trying to understand the cause of another breakdown (and then they happened much more often), cocoa beans can put your mind in order and relax.

Dorothy doesn’t even consider the option of asking another male chauffeur for help – a woman is just as capable of driving and fixing a car, although she has to get a… a gun. 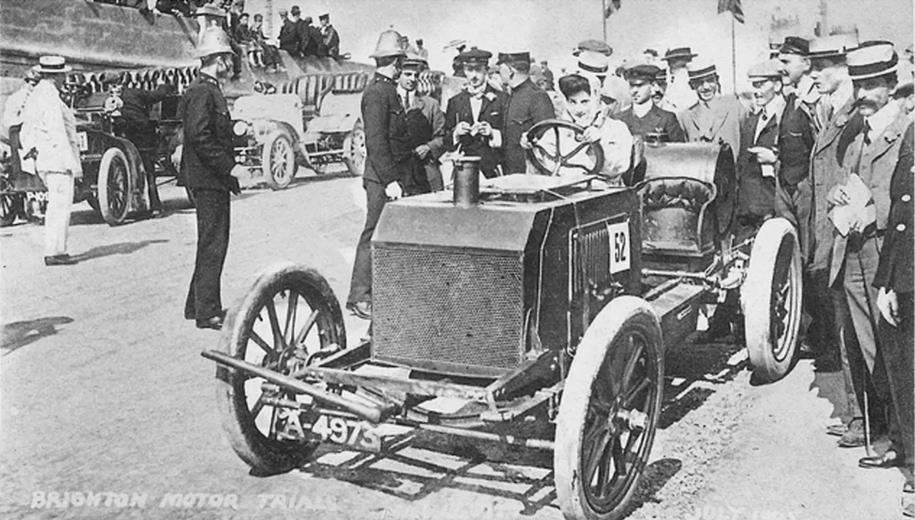 For example, a Colt revolver, which has low rammers and recoil. The circumspect Levitt even advises practicing shooting with it in your spare time – this woman’s passion for figuring out and mastering everything you can is admirable. All in all, after reading the 1909 edition of The Woman and the Automobile, even a modern girl would have no problem mastering the De Dion single-cylinder and firearms.

The book ended with this advice: “Always drive at the permitted speed, but on an empty, straight road, where there are no blind curves, other cars and crossroads, you can try to squeeze what the car is really capable of.

It seems Levitt didn’t just want to show women how to handle a car, she wanted them to enjoy it, which, no doubt, she herself was enjoying. And how good it is that today we are all quite equal in this desire.