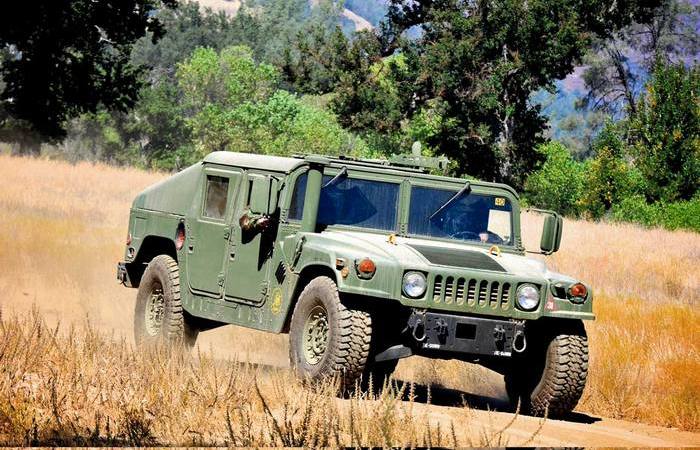 It is difficult to find a person, who does not know anything and has never seen the brutal American SUV “Hummer”. Today this car is more often seen as a glossy dude with tuned bodykit and lots of plastic parts, and three decades ago, the brutal SUV was playing in front of the public only with steel muscles.

To begin with, any Hummer we meet on the road is a “pathetic knockoff” compared to the real army off-road car. By the way, the last one is not “Hummer” at all, but “Humvee”. The main off-road vehicle of modern American army was launched back in 1984 and is called HMMWV (High Mobility Multipurpose Wheeled Vehicle). However, as even the American marines would braid their tongues about such abbreviation, so the mass of soldiers quickly nicknamed this all-wheel drive worker by nickname “Humvee” or “Humvee”.

The civilian version of the SUV, which is officially produced under the Hummer brand, appeared only in 1992. Apparently, against the background of the explosion of hurrah-patriotism in the USA after the operation “Desert Storm” in 1991. At that time, the Pentagon and U.S. TV crews turned the war into a real show, making great PR for the U.S. military. “Humvee” was directly involved in the Iraqi events. So unknowingly a great advertising campaign came out. By the way, it was Desert Storm, eventually ironically dubbed “War on TV,” that largely rehabilitated the image of the U.S. Army in the eyes of the American population after the social trauma of the Vietnam War.

History of the Humvee began back in 1979, when the Pentagon announced a competition to create a new military off-road vehicle. Then all the leading American companies took part in the competition. However, in the end, the winner was the manufacturer AM General, which was considered to have offered the most rational design and value for money. The truck was really good and met all requirements of the Pentagon. Including the Humvee could be air dropped.

All-wheel drive, front-engine vehicle can perform the functions of a paratrooper vehicle and fire support. To date, the Humvee has gone through three generations and is available in dozens of modifications. Off-road vehicles are equipped with Chevrolet V8 or Detroit Diesel V8 engines. Maximum speed of the third generation reaches 113 km/h. Payload is 3 tons. Fuel consumption is from 16 to 23 liters per 100 km. At the same time, the volume of tanks is only 94 liters. Today, SUVs use a 4-speed hydromechanical automatic transmission.

At one time, the Humvee replaced the M151 SUV, which was born in 1959. HMMWV is used to this day. The main operators are the U.S. Army and Marine Corps (the Army reports to the Senate, while the Corps reports directly to the President of the United States). There is no talk of removing the SUV from service yet, although the Marine Corps has been looking for a replacement for the SUV with something more reliable and modern since 2015.