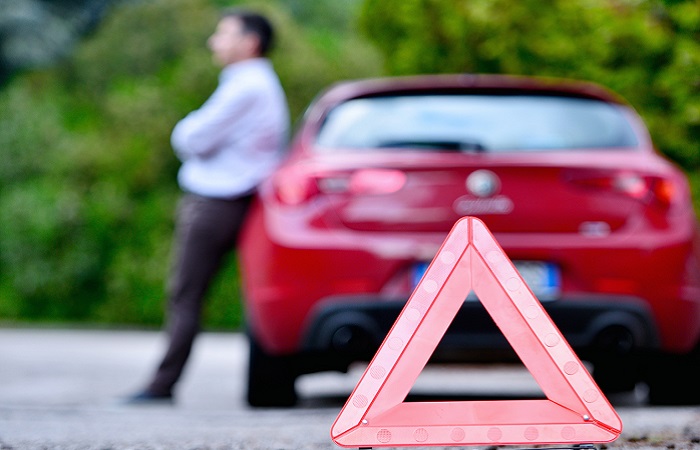 Malfunctions of various car parts often become the reason for refusing to operate a car not only because of the possible penalty, but also because of the serious danger that a defective car can pose to surrounding road users.

The brakes on a vehicle should ideally perform better than state standards.

If the effectiveness of the braking system is so reduced that the braking distance is significantly greater than the legal limit, i.e. 15.8 metres, it is not safe to drive the vehicle and therefore not permitted.

The parking brake also plays an important role in the operating indications. With the handbrake in the fourth or fifth position of the lever at the most, on an incline of at least 23 degrees, the passenger car must not roll down freely.

If this happens, further travel in such a car is prohibited until a complete correction of the fault, which, fortunately, can be made by your own efforts by tightening the cable parking brake.

Among other things, it is unacceptable to drive a car with depressurized brake hoses, missing brake fluid, exceeding the wear limit of brake discs (3 millimeters), and worn to metal brake pads.

However, with defective ABS, according to the law, you can drive the car, but it is not safe. Any other brake system malfunction does not allow you to drive to the nearest service station, even at low speed.

Despite the fact that tires are directly related to the running gear of the car, we put them in a separate category. And among the basic failures of other elements of “running gear” at which it is impossible to operate the car, it is possible to allocate the following:

Changes in the correct geometry of one or two longitudinal members, and as a result, body roll when the vehicle is in motion.

However, no legislation states that you can not drive with faulty shock absorbers or without properly adjusted camber and convergence, although it may be extremely unsafe, especially at high speeds.

In most cases of suspension malfunctions, the driver can make his own way to the nearest service at the lowest possible speed.

As a key safety element, the steering mechanism may not have a backlash greater than 10 degrees in total. Neither may loose or torn bolts and steering rack mountings.

Fixing of steering position in space also must work without faults. If it does not function properly, and the steering wheel cannot be fixed in one position, you can no longer drive the vehicle.

Another issue that may make the driver reconsider whether or not to start is the steering wheel sticking when attempting to turn it to the right or left. The problem could be a faulty hydraulic pump valve, a faulty ignition switch, or serious power steering problems.

For example, it can be a consequence of partial or full loss of hydraulic fluid physical properties or serious wear and tear of the main hydraulic components of CPS, and the steering rack itself in particular. Ignoring the problem may lead to the loss of control of the vehicle at high speed, and, as a consequence, to an accident.

Driving to a service station is possible, but not safe – in serious cases of failure it is better to call a tow truck.

It is prohibited to drive the car, if natural wear of tires reaches the relevant indicators. It is prohibited to bring the state of the tires to the bald rubber, so in the absence of wear indicators, it is important to follow the maximum permitted depth of tread. It is 1.6 mm for summer tires and 4 mm for winter tires.

It is also forbidden to operate the vehicle if there is significant damage through which you can see the inner cord of the product. For old, worn tires, peeling of the tread, beads and sidewalls, and the splitting of the carcass are all unacceptable.

Significant defects can be called bulging of the tread, herniation on the sidewall of the tire, breakage of the steel ring, and deformation of the tire. In the presence of cracks deeper than 1 mm it becomes dangerous to operate the vehicle, and therefore it is strictly prohibited.

In theory, you may drive with worn tires at low speed even till the holes, or till the first employee of traffic police, but it is better not to do this and to buy new tires in time.

Good visibility of your surroundings from inside the vehicle is of utmost importance when driving. Any malfunctions of devices and mechanisms that interfere with the driver’s vision are considered potentially dangerous, and it is forbidden by law to operate the vehicle with them.

In this case, both the headlights shining above the permitted angle of illumination, when there is a risk of blinding the oncoming traffic, and below, when the driver has a seriously restricted view of the road when driving at night, are considered unacceptable.

The traffic police officer will write a well-deserved fine, if one or more parking lights, dipped beam lamps, direction indicators, brake lights do not work. It is strictly prohibited to operate vehicles with non-functioning headlights, even during daylight hours, and you may also get a fine for broken or cracked headlights.

An obligatory attribute for safe and, most importantly, legal movement on public roads is a car’s windshield. If it is irrevocably broken, the driver has a right to get to the nearest workshop at slow speed to fix the malfunction, but it is strictly prohibited to operate the car without a windshield every day.

Equally important factor for good visibility is the proper operation of the windshield wipers. If it does not meet the specified requirements, when the brushes do not move, or their frequency is much less than 35 double strokes per minute, further operation of the vehicle is prohibited.

With defective lights, it is quite possible to move towards the auto parts store or service if the driver cannot replace the defective part himself, but only during the daytime and only in exceptional cases – at night (if one of the lights does not work, it is recommended to switch on emergency lights at night).