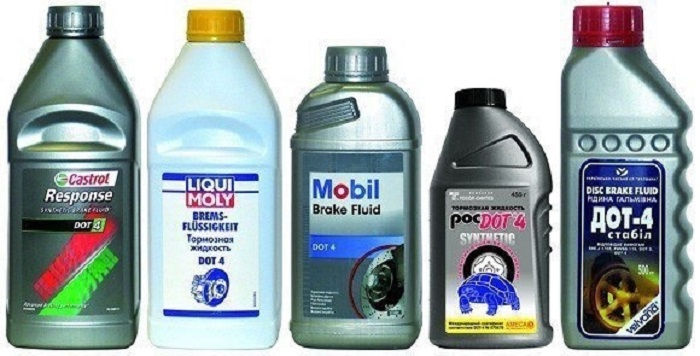 Brake Fluid (BF) is the most important consumable component of the braking system, and its replacement is an essential operation to ensure the proper operation of the car and the safety of the people who use it. Each car’s owner’s manual will tell you when to change the brake fluid. According to some experts, the brake fluid should be changed at least once every three years, others – once every two years (after 30 000-60 000 km of run).

What is brake fluid and how it works

There are factors according to which the brake fluid needs to be changed more often. For example, if you have a sports car, you need to change the fluid after every 15,000 km. The category of fluid, driving style, load on the car, operating conditions, and the quality of the road surface also matter. Changing brake fluid has its own subtleties.

Brake fluid is an auto chemical product. When you press the brake pedal, a powerful force is transmitted to the brake calipers or cylinders, which slow down the rotation of the car wheels. This process is accompanied by the release of thermal energy.

The signs of a good brake fluid:

Basic signs of the necessity to change the brake fluid

Fresh brake fluid boils at temperatures between plus 200 and plus 260 degrees. But since it does absorb moisture, over time, when the water content exceeds 3% of the total volume of the fluid, this threshold drops to values from plus 150 to plus 180 degrees. When the boiling point is reached, air bubbles appear. They cause the brake fluid to be partially discharged into the reserve tank, while lowering the level in the main tank.

The same happens if the system is depressurized (even one circuit) and air enters it. As a result, during braking there is not enough pressure, and the brake pedal collapses. And it is fraught with an accident!

In addition, the additives in the brake fluid tend to “age” over time. They decompose and lose their original characteristics.

So, the replacement of the brake fluid is necessary if the following symptoms are present:

The quality of the brake fluid directly affects the performance of the brake system. In a difficult road situation the brakes have no right to fail!

The brake systems of modern cars use fluid that meets the DOT 4 standard. It includes:

Boiling point of basic DOT 4 in laboratory conditions is from plus 230 degrees, and in practice – from plus 155 degrees, its viscosity – 1800 mm2/s. This standard requires that the fluid be replaced every two years. DOT 4 Class 6 boils at temperatures from plus 175 degrees in standard vehicle operation.

There are other standards:

Some auto chemical manufacturers have their own products in their product lines. For example, Racing Brake Fluid from the German company Liqui Moli boils at a temperature of plus 195 degrees. This product is designed for sports and rally cars, in which the braking system is under considerable stress.

How to change the brake fluid

Ideally, when the brake fluid fails, you need to drain it completely and pour in a new one, and then pump the system. Dumping is not recommended by either manufacturers or car owners themselves, as mixing the compositions may adversely affect the operation of the brake system.

But still some car owners use this method – remove some of the old brake fluid with a syringe. They leave a little bit of it to prevent air from getting into the system. Then with the help of a transparent tube the rest of the fluid is poured into some vessel. And finally fill the tank completely with the new brake fluid.