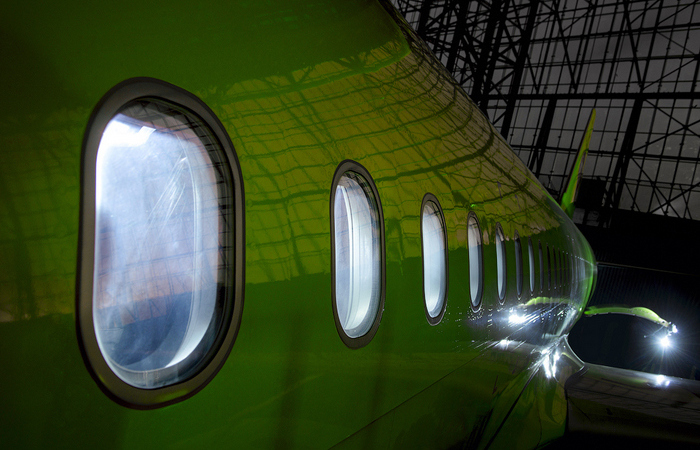 Have you ever noticed that aircraft portholes have a very specific rounded shape? I guess you could say they’re oval. This begs the question: why shouldn’t aircraft portholes be square or rectangular in this case? After all, it is definitely the square that is the simplest shape.

When the aviation industry was just beginning its development, and in the world appeared the first passenger airliners, the windows (portholes) in them actually made rectangular. The designers reasonably assumed that this shape would be optimal, because it was technically easiest to make a rectangular hole in the fuselage. And it really worked! As long as the planes remained propeller-driven…

In 1949, the British aircraft company de Havilland began testing the world’s first mass-produced commercial jet airliner DH.106 Comet. Operation of the aircraft began in 1952. It was a real bomb for the passenger market! Unfortunately, in every sense. Already in the first 12 months of operation with the participation of “Comet” there were three plane crashes. The British engineers scratched their heads and undertook a meticulous recheck of their own machine.

It was eventually determined that all three crashes were due to fuselage failure caused by metal fatigue, which in turn accumulated due to the concentration of excess stress around the square portholes. Further work has shown that the square porthole has four stress zones, which become the site of fuselage failure when subjected to heavy external loading and outside temperature variations. Prior to the advent of jet airliners, civilian aircraft faced neither such stresses nor such temperature variations.

Portholes with right angles were immediately abandoned for safety reasons and replaced with oval portholes. The oval porthole is much better able to withstand the stresses faced by the fuselage of the aircraft. Today, in addition to rounded portholes, aircraft construction also uses special curved glass, which further relieves the load on the vulnerable portion of the structure.