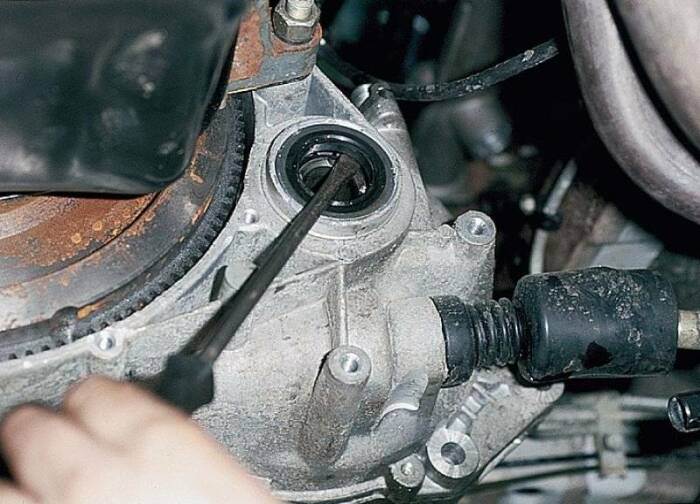 Sooner or later, every motorist visits a service to check the condition of the car, replace consumables and possibly even repair it. More often a visit to car “doctor” does not pass without changing lubricants. And very often right after oil replacement one hears from the service personnel the statement that it turns out that the oil seal started to leak in the car. There is a critical question: to change or not to change?

On the one hand, if it is time to replace something in the car, it is better to do it. Only the oil seal of a manual transmission drive is another case. The fact is that car service centers like to offer replacement services even when in reality you don’t have to do anything like that. This is due to the fact that, compared to many other breakdowns, replacing the gearbox oil seal is generally not a tricky thing to do.

Therefore, you should react with a certain share of skepticism to the offer of replacement of this element. Of course, you will not be able to solve the “problem” in a car salon by yourself. However, it is a good lesson for the motorist for the future. If you don’t want to pay for unnecessary work, look after the condition of your favorite car yourself. Fortunately, with regard to the oil seal – it is not difficult at all. It is enough to look under the car once a day after a long idle time and see, if there is no trace of oil on the asphalt.

If there are no traces of oil from day to day, then the oil seal is most likely in good order. Of course, the part can be old and even leak a little. However, in overwhelming majority of cases motorists perfectly go a year or even some years with such stuffing box. Another thing is if after a long stop there are still some “strange” traces of technical fluids on the ground. In this case, the oil seal should be definitely replaced.