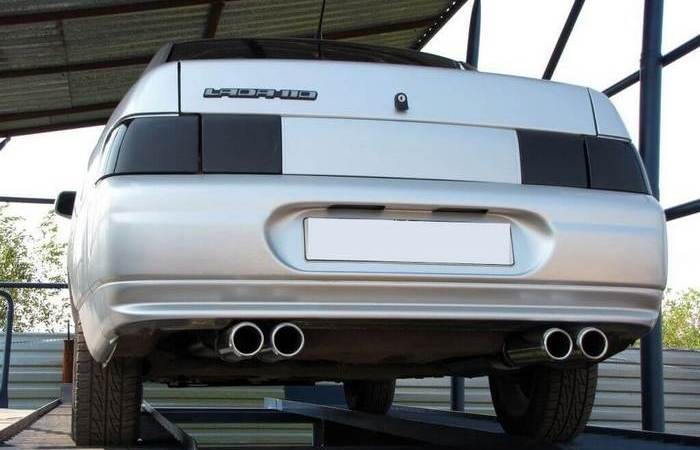 In movies and on beautiful desktop wallpapers every now and then appear large sports cars with two exhaust pipes. So why would a car need a twin-tube system? Is there any practical sense in such technical decision?

Installation of two exhaust pipes on the automobile has a long tradition. This practice is directly related to the V-engines, many of which besides 6, 8 or 12 cylinders had also two exhaust pipes. As it is not difficult to guess, with this design each branch pipe has its own exhaust pipe. This was also the case with many of the opposition engines. In-line engines, which have only one exhaust manifold, are another matter.

However, if you take into account the inline engines with higher power, an advanced exhaust system with branching into two or more pipes can be installed here. Such an approach is not mandatory, but still recommended for use. In most cases, this design decision will be due to the fact that a too powerful engine produces much more gas due to more combustion of the fuel mixture. Without additional exhaust pipes, engines can have a noticeable increase in exhaust losses. Two or more spigots in this case will allow the cylinders to be cleared of gas quickly and efficiently.

All of the above should be remembered and taken into account when you have to see a car with two exhaust pipes. However, the harsh reality is that today, in the vast majority of cases, the paired exhaust system is still nothing more than a decorative element. Often there is no practical need for another pipe. However, the bifurcated exhaust system looks cool and stylish, which is why it is invariably in high demand among fans of sports aesthetics.