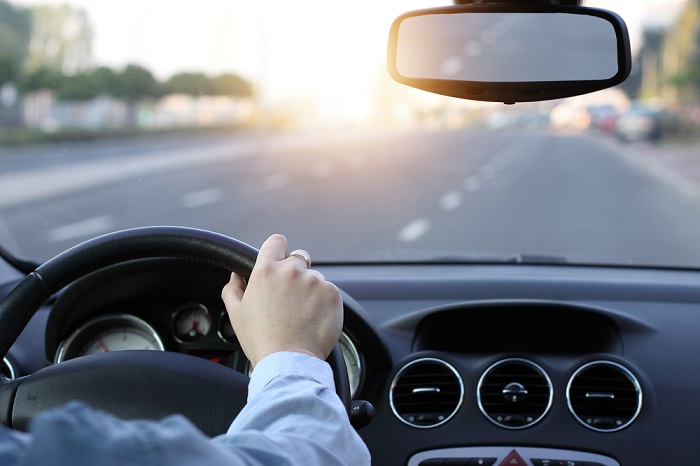 One of the most common reasons for motorists to contact service centers is the jerking of the car while driving. Sometimes the problem disappears by itself, but sometimes it requires professional intervention. In this case, the master needs to find the cause of the strange behavior of the vehicle and eliminate it.

How the malfunction manifests itself

Surely all drivers, who have passed a few tens or hundreds of thousands of kilometers, have ever complained about the uneven operation of the engine, accompanied by the jerking of the car while driving. Such phenomenon can be observed in the following cases:

And, as statistics says, malfunctions affect not only obsolete models of cars, but also quite decent modern models.

But it is impossible to conclude that the cause of this problem is a concrete detail or system in a car, too. As car owners point out, no one is insured from car jerking, including the driver of old AvtoVAZ “seven”, and the owner of fresh “Japanese”.

Irregular movement is obviously inconvenient while exploiting “iron horse”, and may also lead to a traffic accident with random jerking of the car.

Let’s try to understand what the problem is related to, when it appears and how to get rid of it.

Let’s imagine the situation! The engine is running, speed is activated, clutch is released and revolutions are rapidly increasing. Thus the car does not start but jerks, revolutions are unstable and speedometer readings jump back and forth. Even the accelerator pedal acceleration does not change anything. The trouble will not subside until the power unit has equalized revolutions, or until it stalls at all.

Often the car starts moving without any difficulties, but when reaching revolutions from 2 to 2.5 thousand appears unstable running with significant drops and jumps in speed.

A similar situation appears when driving at medium revolutions, when the engine reaches a specific level and starts jerking. There are also cases when the problem occurs every time the gear is shifted. Nevertheless, it is impossible to say unequivocally that unstable running is observed only under certain conditions.

Sometimes it occurs spontaneously without additional conditions and periodicity. For example, the car may jerk once, and then drive normally and cause no discomfort. Or exactly the opposite: at first the car drove smoothly, but suddenly began to twitch suddenly. In general, there are a lot of variants and factors, but the fact remains the fact – the car has a broken motion, and it is necessary to cope with it somehow. At the same time, it is important to promptly troubleshoot the problem, so as not to allow the problem to worsen.

The first, reasonable solution is to determine the cause of the jerking. The easiest way to do this is while driving. Try to drive out on a level road without interference in the form of other vehicles and begin to diagnose.

The first thing to do is to try to move off the road, and then gradually increase the speed, tracking the changes in the car’s behavior and the dashboard readings. And this should be continued until the car reaches high revolutions.

Then, the test should be repeated to make sure that the conditions of the problem have been determined unmistakably. Only after that you can start searching for the causes.

Usually, malfunctions occur when driving at low speeds and low rpm. First of all, it is worth performing a diagnosis of the power system to check for failures. Sometimes jerking is connected with the fact that at the beginning of driving the cylinders do not receive the necessary portion of fuel-air mixture, and the car is not able to give out the necessary power for correct work of transmission.

If the jerking occurs at low revs, it is important to inspect all the components of the power system, regardless of its type. It is necessary to assess the condition of all pipes, as the loss of sealing often causes air suction and subsequent fuel “starvation” of the power unit.

Often jerks appear due to malfunctions in the ignition system, especially if we talk about injector models, where the work of the equipment is controlled by an electronic unit. Failure or malfunction of one of the sensors may lead to irregular running of the engine.

Car jerking when revving and accelerating

Problems with the course when increasing speeds also usually arise from problems in the power system. Here everything is even simpler – the motorist presses the accelerator pedal, opening the valves to supply fuel to the cylinders, but it does not come in the required amount.

Failures in the functioning of this system provoke loss of uniformity.

Problems with the fuel filter

The key purpose of the fuel filter is to clean the fuel from foreign impurities, but they do not go anywhere, but still remain in the filter.

Over the course of its service life, the part gets heavily contaminated and its throughput rate rapidly decreases. In practice, this leads to the fact that the fuel pump works as before, but the fuel is unable to pass through the filter elements, causing fuel “starvation” followed by jerking. The only proper solution in this situation is to replace the fuel filter.