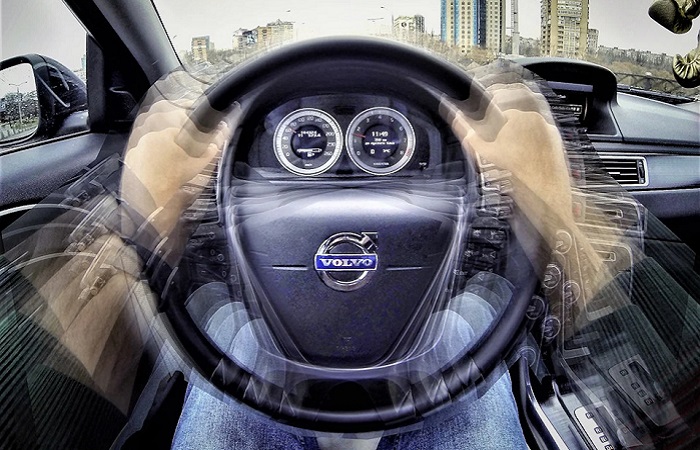 Driving a car should bring its owner pleasure. What could be better than a warm and comfortable ride in your favorite car? But sometimes our expectations are shattered, and comfortable rides turn into a real ordeal because of shaking and vibration of the steering wheel or even the whole body.

7 Causes of Vibration in All Wheel Drive Vehicles

On different cars, the nature of the appearance of vibrations is always about the same – it is the wear and tear of the rubbing elements of moving mechanisms. However, when it comes to details, front-wheel drive and four-wheel drive cars may have completely different causes of vibrations.

If your car has four-wheel drive, and you don’t know what the body-beat is related to – most likely, it is one of the following faults:

Often, problems with elements of rear drive are accompanied by extraneous noises, incorrect operation of all-wheel drive, multiple errors, if electronics controls drive. In any case, you should not postpone repair in case of vibration occurrence.

Other causes of vibration

There are much less problems with front-driven cars, and it is much easier to cope with them for a driver with minimal technical knowledge. Let’s touch upon other causes of vibrations, which may occur on any other type of vehicles, regardless of the drive.

So, statistically, 70-80 percent of all body or steering wheel wobble problems occur because of the wheels. The simplest and most common of these is the buildup of dirt and ice on the inside of the wheel rim, resulting in increased imbalance. The runout can be so severe that many drivers start replacing one part after another, although the solution to the problem is simply cleaning the wheel of dirt.

One option for getting rid of a thick layer of dirt in a hard-to-reach area is to wash the wheels vigorously in the area of contamination.

Detachment of balancing weights from the wheel also leads to vibration, which can be repaired at any tire shop. Only if the impact or collision with a large bump was not bent the same disc, which is most often difficult or impossible to fix completely.

Sometimes the vibrations begin to annoy the driver after the disk has been cracked and welded somewhere in the garage. The weight balance of the wheel in this case is strongly shifted in the direction of the weld, and most often it helps to get rid of vibration completely only by buying a new disc.

Tip! Before you diagnose vibration in your car, do not forget to check the pressure in tires, because different pressure in tires is one of the trivial causes of beating steering at high speeds.

Severe vibration can be caused by improper fitment of the wheel on the hub. First of all, this is due to the high wear of the wheel’s seat and bolt holes. For exact alignment of the wheel, you can buy a special pad in any store or wrap some tape on the hub axle as much as you need so that the disc does not have any free movement when installed in its place. As a rule, the problem disappears after that.

Another problem with the hub is a layer of dirt on its surrounding surface. The wheel sits unevenly and experiences angular movement in space while driving, which creates vibrations on the body and steering wheel. It is enough to thoroughly clean the hub to eliminate the vibration.

On front-wheel-drive vehicles, severe vibration during speeding occurs due to wear of the inner drive shaft grenade. Most often the tripoid joint goes out of order, which can be easily checked by setting the car over the pit. Ideally, there should be no backlash, but if the backlash is more than 1-2 millimeters, it is necessary to repair the unit urgently. The main reasons of breakage – torn dust cap, natural wear and tear, factory defect of product.

Sometimes replacing the drive assembly costs less than installing a separate joint, so if you are not sure if it is the shaft or the grenade joints, you can make a complete drive replacement – in 90 percent of cases this will solve the problem.

You can only determine if the steering joints are faulty with the wheel suspended. The joint should not have even the slightest backlash. If this is not the case, the part must be replaced. You can make the repair yourself, but don’t forget to adjust the alignment of the wheels after it.

And on cars with automatic transmissions, strong vibrations may be connected with failure of torque converter. If everything is alright with drives, and other elements of suspension are normal – most likely it is the problem. Unfortunately, it is almost impossible to diagnose the unit visually, so the repair is made only after a thorough check of the car.

The fault of body runout is often caused by the engine. Sometimes it may be a tripping due to a faulty coil or spark plugs. At the same time, the vibration may diminish as the revs increase.

Another problem with the engine is the destruction of the rubber seal in the cushion of its attachment to the body. This can cause shaking and even jolting, which is unsafe and can result in costly repairs if the engine comes off the mount.