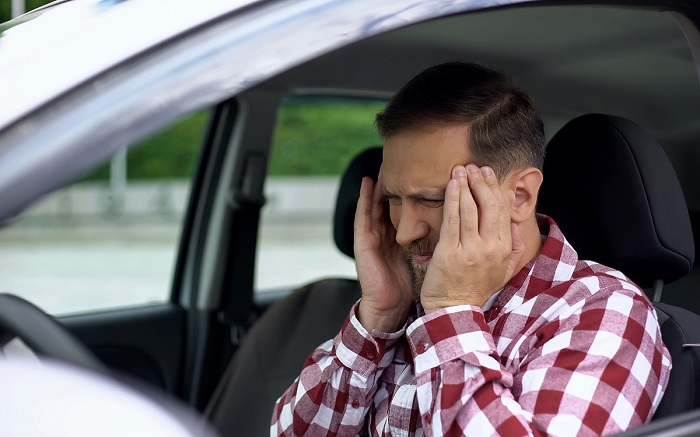 Modern cars are initially positioned as a safe and comfortable means of transportation. In this case, the comfort is determined by several parameters at once, among which silence is one of the most important indicators. If the silence is disturbed, for example, by the creaking when turning the steering wheel, being in a car may be compared with real torture.

Steering wheel squeak in one hundred percent of cases is connected with rubbing elements of the steering and running system of the car. Sometimes extraneous sounds occur when turning the steering wheel, sometimes – when driving on uneven terrain. In any case, they will tell you that in one or several places the process of strengthening wear has begun.

Exceptions can be plastic elements of the interior, which when you turn the steering wheel begin to make unpleasant sounds. The problem usually catches the owners of cheap cars in inexpensive configurations. The problem is eliminated with the well-known remedy Madelin antiskrip.

The causes of increased wear of other parts can be the following factors:

First of all, it is important to understand what can squeak when turning the steering wheel at all. Due to the complicated construction of the unit, dozens of individual parts may be the cause of squeaks, and the repair should be immediate, because steering is one of the main safety elements in the car.

A ball bearing squeak when you try to turn the steering wheel to the right or left is common, especially if you’re talking about a torn dust cover. Moisture starts to get inside the sealed seal, and after it displaces the grease, dust and dirt starts to get inside.

If the squeaking has already begun, the only way to get rid of it completely is to replace the ball bearing together with the dust cover. By the way, one of the signs of a faulty ball bearing is a squeaking when driving over bumps, which later changes to a knock.

Approximately in the same place, the culprit of squeak can become a ball joint, or in common parlance “grenade”. The wear of ball joint bearings is most often irreversible and cannot be cured by simple lubrication. It is better to replace both joints from right and left side at once to avoid similar problems in the nearest future. Resource of joints is quite great and sometimes reaches 300 thousand kilometers, so after the replacement of the squeak from this place will not come soon.

Extraneous noises can also be produced by steering bushings, the rubbing elements of which begin to rub against each other, causing wear, due to low-quality factory lubrication or its deficiency.

If the condition of the dust cap is normal, and there are no other signs of failure, you can add the desired amount of grease with a medical syringe, piercing the rubber seal with a needle.

A faulty tip results in play in the steering wheel, heaviness when trying to turn the steering wheel, and squeaks and knocks from the suspension. The symptoms usually appear after 80,000 km. If these causes appear, it makes sense to check the tips by suspending each wheel in the air in turn and checking the part for free movement, which should not be there.

In fact, this is one of the rarest causes of unnatural noises inside the car interior. The squeaking can be either one of the parts inside the casing, or the gearbox, which transmits torque from the steering wheel to the drive wheels.

Due to the complexity of the device in the first case, it is recommended to contact a specialist, who will say how appropriate it is to repair the column. It is impossible to drive with a defective mechanism for a long time, because sooner or later the wheels will start to deviate by 2-3 degrees to the right or to the left, that may lead to the loss of control.

In the second case, it makes sense to remove the gearbox rubber seal and fill up the cavity with grease. Usually after that the problem is eliminated for a long time.

The squeaks in the power steering may be of different nature. In one case, the belt may be loose, and the problem can be cured by tightening it. In the other case, the reason may be the insufficient level of freon, and here the problem may have a wider diagnosis, because the depressurization of the system is not excluded.

With the electric booster the situation is much simpler, and the squeaks, which appear in 10-15 years of exploitation, in many cases are eliminated by replacement of elastic coupling of CTE. A more radical way to solve the problem with the old car is to order an updated CTE and have it installed by an authorized dealer.

Sometimes in hot weather when you turn the steering wheel you may hear a characteristic rubber squeak, which disappears in the evening when the air cools down. Started squeaking indicates intensive wear of rubber seals, which most likely will not survive another year of operation.

If you do not take any measures, the silentblock can rupture at any moment and at any speed. The main danger is the unpredictable car behavior, which can deviate a few degrees to the right or to the left, and attempts to put it back in place may even lead to a skid.

The truest solution to the problem will be to replace the rubber seals with polyurethane ones, which are not as sensitive to temperature changes, don’t dry out, last for decades and never make any noise.