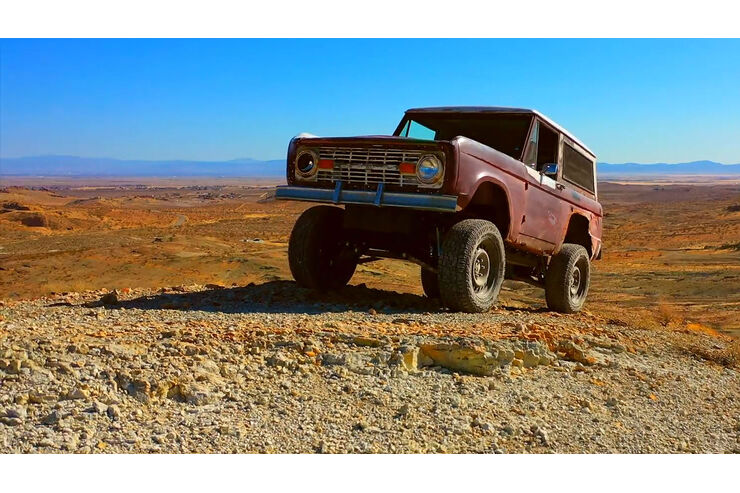 Zero Labs has developed a platform that makes it easy to turn many classic and used cars into electric vehicles. The Californians want to do nothing less than save the world by restarting vehicles that are no longer fit for the scrap heap.

The range of electric Crate Engines is growing all the time. Engines shipped in boxes that transform combustion cars – primarily classic cars – into electric mobiles have long been available in many different sizes and power levels. Suppliers such as Electric GT, EV West or Swindon Powertrains often deliver the electric motors to customers with all the necessary accessories, including the electronics. The appropriate batteries can also usually be ordered directly.

All components combined in one platform

The real challenge in retrofitting awaits the installation of the components, which have to be integrated into the existing chassis and the respective body. And both amateur and professional mechanics know that it rarely fits as perfectly as promised by the supplier. So it could be a great help if all the drive components are combined in a complete platform. If this is married to the body, the conversion from combustion engine to electric car could be easier.

Now, Zero Labs says it is the world’s first company to offer such a “plug-and-play” platform. The Los Angeles-based company has already made a name for itself with electric conversions of old Ford Broncos and classic Series III Land Rovers. Starting in the fall of 2021, however, the Californians want to offer a complete underpinnings, which took five years to develop and should make the scenario described above relatively easy to achieve.

The special feature: The electric platform is intended to fit under many different classic cars. It is therefore a kind of MEB, only for cars built many decades ago and based on completely different chassis. Potential customers place an order with Zero Labs for a specific model, and the Californians manufacture the appropriate kit based on the basic modules. The Californians plan to publish a list of all the classic cars that can be converted using the Zero Labs platform before the market launch.

Four different basic variants are available to the company: One for classic four-wheel drive off-road vehicles built between 1947 and 1975 – key words Bronco and Land Rover. There will also be suitable platforms for old pickup trucks, old muscle cars, and sports cars that have grown gray in honor, such as the earlier Porsche 911 generations. But company boss Adam Roe is also targeting ordinary used cars or even scrap cars for a drive swap.

The last category in particular is intended to help save our planet from extinction. Zero Labs doesn’t just want to convert elitist oldies – that wouldn’t be enough to meet its self-formulated responsibility for society and climate protection. Instead, the Californians want to convert “hundreds of millions” of cars to do their part in reducing climate gas emissions. “Because today’s modern electric cars are also just tomorrow’s junk,” which the following very pathetic video is meant to illustrate:

In it, Zero Labs converts another classic Ford Bronco, which has 50 years under its belt and has just been sitting around for the last 30 of them, to electric motors. However, this is not a top specimen, but a rusty car that was previously undriveable and actually doomed to the scrap heap. The message is that even if it is in a pitiful condition, it can still be transformed into a vehicle with a modern, emission-free drive system. And in no time at all: Zero Labs claims to have the Bronco up and running again in just 24 hours. A traditional repair of the original drivetrain would have taken many times longer.

As with most modern electric SUVs and off-road vehicles, the Zero Labs platform’s all-wheel-drive specification sits one motor on each axle. As a duo, the e-machines, which rotate at up to 18,000 rpm, deliver 440 kW (598 hp) and up to 660 Newton meters at peak power. The necessary electronics, including CAN bus and sensors, are of course already connected, which also ensures that the digital instruments are supplied with the right information. 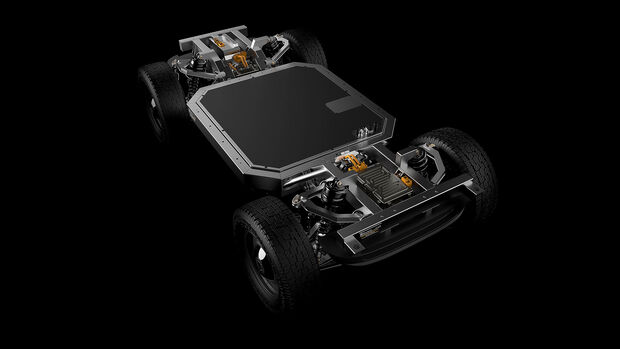 All the necessary components are already integrated – including motors and battery.

The either 85 or 100 kilowatt-hour lithium-ion battery has all the technology needed for proper temperature balance and monitoring. The package operates on a 400-volt basis and sits between the axles in the underbody. Ranges of about 320 to more than 378 kilometers are said to be possible on one charge – in part because recuperation is possible at up to 90 kilowatts. Level 2 AC connections are to be located at several points. If desired, however, the electric undercarriage can also be refueled via DC fast charging.

Everything else a car needs to drive is already present in the platform, too. Zero Labs installs a single-speed transmission with a retro-look selector lever. Next to it are the control levers with which the all-wheel drive can be set. Here the driver can choose which axle is to be driven – or whether the electric motors act on all wheels. A kind of off-road reduction can also be implemented with this. 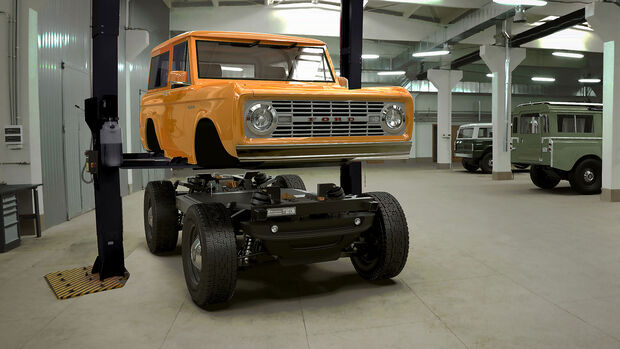 All that’s really needed is the body – and the electric oldie is ready to go.

Zero Labs equips its platform with speed-dependent, servo-assisted rack-and-pinion steering. The 18-inch steel wheels, which are offered at no extra charge, are connected via independent suspension to either an air-spring chassis or a steel-spring version that works with Fox shock absorbers – both of which can be adjusted in a variety of ways. There are also stabilizer bars at the front and rear. The braking system comes from supplier Brembo and features red-painted six-piston calipers and 350-millimeter discs at the front and four-piston calipers and 345-millimeter discs at the rear.

Zero Labs won’t name prices for its electric platform until a later date. However, the Californians are already making it clear that the rates will be based primarily on the selected options that are available at extra cost. However, it is already clear that they offer a 24-month warranty on each platform. And that all components will be replaceable as soon as more modern technical solutions are available.

… is an absolute outrage.

… quite legitimate and up-to-date.

Respect for the great technical achievement of developing a complete electric architecture that fits several sizes and segments for classic cars. The question is: How much of the original character of the original car remains when the chassis, including the running gear, is 100 percent new? Do the classics converted in this way then all drive the same? Or are these exactly the wrong questions to ask, because ultimately it’s a matter of saving the world with the platform? We’ll be watching with interest to see whether Zero Labs’ approach actually catches on.